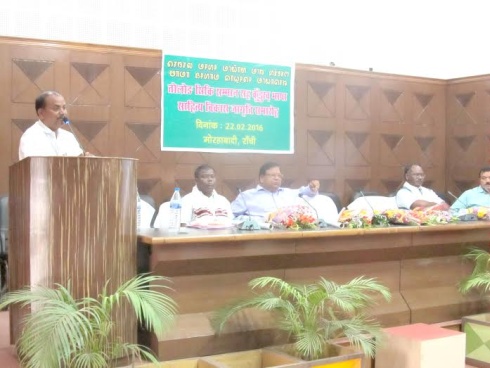 It was a historic day in the history of tribal language in Jharkhan.Reason?

“It is a matter of great pride and happiness that after decades, a new chapter was added in tribal culture”,said Jharkhand Speaker Dinesh Oraon today while addressing a meeting on ‘Telong Siki…’at at Dr Ram Dayal Munda Tribal Welfare Research Institute in Ranchi.

Incidentally,the Jharkhand Advisory Council had on February 12,2016 approved the use of Kurukh tribal language with its Tolong Siki script.This implied that students of secondary education can use Kuduk with Tolong Siki script,said Dr. Narayan Oraon,Shree Jeeta Oraon
Addi Akhra, Ranchi.