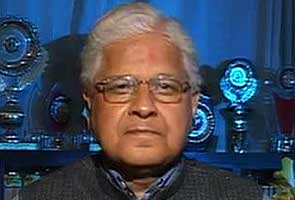 Union Law Minister Ashwini Kumar today said that the UPA government at the Centre was committed to all round development and it would do do as many development works during the President’s Rule as was possible.Folding up his two day stay visit to Ranchi,Kumar,who arrived here on Friday, addressed the media persons today.In response to a querry,he said that in accordance with the Constitutional provisions,elections would be conducted and a popular government installed.

He said that Jharkhand contributed the country’s maximum minerals and these need to be protected.”During the President’s Rule,the helm of affairs were in the hands of the Central government and making use of it,as many development works would be done as was possible so that this state is put on right track”,said Kumar.