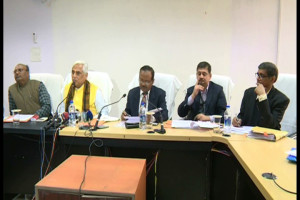 He expressed the view that Khadi can bring change in villages.’I am happy that Khadi is moving toward that direction”,said Sinha.

The Mela,an annual event since 2004,will be displayed on the theme of Mahatama Gandhi whose pictures and statues showing his different phases of life beginning from childhood to the end of his life are going to be displayed.

Jainandu also said that arrangements of doctors, nurses, ambulances and fire-brigade would be done on the fair ground.He said that proper arrangements would also be done for the visitors.