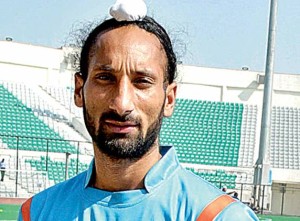 Indian Hockey Captain Sardar Singh has been accused of sexual exploitation by a former Under 19 British hockey player of Indian origin.

In response to the complaint, an SIT was reportedly formed today to probe the issue. Meanwhile Singh has rubbished the allegations levelled against him.

As per the complaint filed at Koom Kalan Police, the victim alleged that she met the Captain during the 2012 London Olympics for the first time, following which they entered into a physical relationship.

The complainant alleged that she also underwent an abortion at Singh’s insistence.
RANCHI: Jharkhand Chief Minister Raghubar Das today appealed to the newly appointed engineers and employees in the four power corporations to serve with integrity and make proactive efforts in meeting the state’s electricity target.