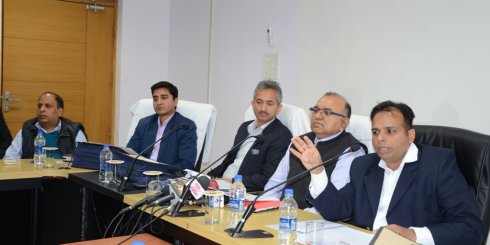 Rahte said that 100 government buildings are getting Grid Connected Rooftop Solar Power Plant.”Among the students,more than three lakh had got LED based solar study lamps free of cost”,said Rahate.

He said that with 54 Grid Sub Stations and 88 connected supply lines,the power problem will be contained in Jharkhand.Toward the same end,plan has already been made,he said.

“This plan is being made under the Union Government’s 24X7 Power For All programme”,he said adding that the power situation has improved with Grids getting energised.