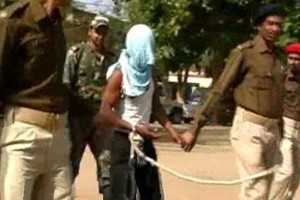 The district police conducted a raid on getting a tip-off and arrested the ultra, Narendra Singh alias Dara Singh, who came to his home, said the police.

According to the police, Singh had been operating in Ramgarh and Bokaro districts and was wanted in several cases.

Police claimed to have recovered a 9mm country-made pistol, 9mm bore 14 live cartridges, two 9mm magazine, one mobile phone with two SIMs and a motorcycle from his possession.