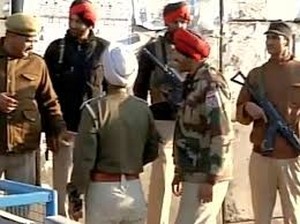 A maximum alert was sounded and security strengthened in Punjab today in the wake of the attack on an Air Force Base in Pathankot by suspected terrorists.

Officials said that in view of the attack, security had been stepped up across the state and along its borders with neighbouring Jammu and Kashmir.

Additional Police and other security personnel had been deployed around vital installations and key public places in the State.

An alert has also been sounded in neighbouring Haryana and the common capital of both the States Union Territory Chandigarh.