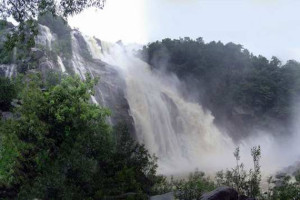 To celebrate and welcome New year 2016,the state government has decided to deploy security forces at the picnic sports in Jharkhand.

This means that picnickers can hope to have fun in a safe environment with Jharkhand police arming popular winter haunts like Hundru,Johna,Kanke Dam in Ranchi and Dimna Lake, Jubilee Park, Hudco Lake and Narhwa Dam in Jamshedpur with foolproof security.

A section of police personnel, including women, will be deployed at these picnic spots from December 31 to January 10 to ensure that New Year revelers faced no problem.”If the need is felt, the date may be extended beyond January 10″,said a senior police officer.

Most of these picnic spots are planned to be continuously monitored by deputy superintendents of police of the areas concerned.