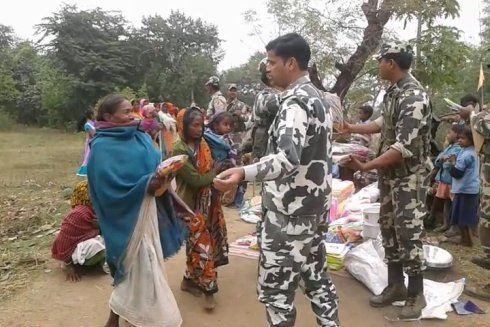 The Central Reserve Police Force has done it again.Like the past,the F/133 BN CRPF has once again extended its helping hand to society by undertaking socio friendly programme at the dreaded Maoist infested village in Jharkhand.

The programme was undertaken under the leadership of Neeraj Kumar Pandey,Commandant,Commandant 133 BN CRPF and Dilip Kumar Singh,Assistant Commandant.They supervised the distribution of blankets,study material,utensils and daily use items among the poor residents of Hesew village in Ranchi district.

Incidentally,Hesew village was considered to be infested by the Maoists.The most wanted Maoist called Kundan Pahan hails from this village.The F/133 BN CRPF’s initiative was appreciated by the state administration and the residents of Hesew.