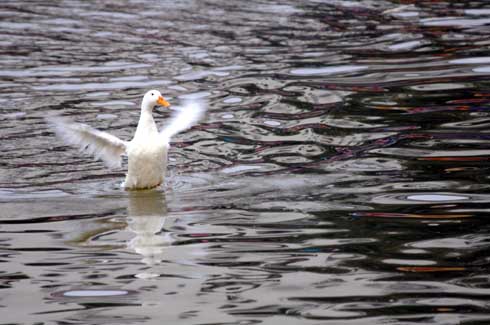 The percentage of rain fall has come down by climate change, indicates a report prepared by the Jharkhand government.

The report,prepared by the state Agriculture Department and noted by the state Rural Development Department,is the first study to find the signal of climate change in the fall of rail in different parts of Jharkhand.

“It’s worth saying that this is visible on that vast pile of data gathered by the state Agriculture Department that that climate change is real and the percentage of rail fall in Jharkhand was much less in comparison to its average rain fall in the past”,said Jharkhand’s Principal Secretary(Rural Development) N.N.Sinha.

Worse,the average percentage of rain fall was low and high monthwise as well causing draught with a difference.
As the rainfall was normal in the initial period of monsoon,the paddy crop gained weight.Subsequently,when the paddy plants were about to be cut,dry weather dried paddy leaves causing draught across Jharkhand.

If these data are correct,the climate change can be the reason behind the slowing down of the rain fall in Jharkhand.

In any case,met data indicate that heat-trapping gases in the atmosphere were causing shift precipitation in two main ways. The first shift is in a strengthening of existing precipitation patterns. This is commonly called “wet get wetter, dry get drier.”