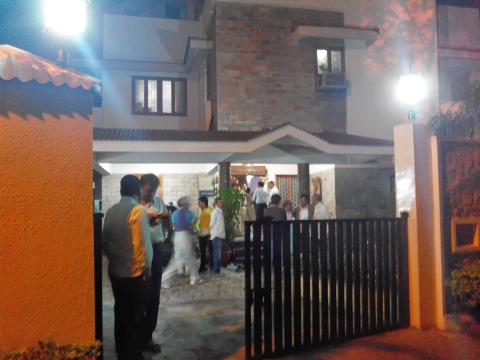 Inquiry revealed that the dacoits who had decamped with Rs 10,000 cash sum from his house in Dhanbad on Monday night had tied roughed up and tied hands of Vijay Shankar Dubey,ex IPS officer.

It is learnt that as many as five armed dacoits had barged into his house and remained there for over one hour on Mon day night.

‘They carried revolvers.After tying his hands and keeping Dubeyji under their control,they kept his wife Sita Devi and daughter Meenakshi in their custody,they robbed them inside the ground floor of their house in Dhanbad and decamped with their lots of costly goods including Rs 10,000 cash,jewellery worth Rs 40,000 and two Mobile phones”,said a senior IPS officer today.

No arrest was made by the police till date..