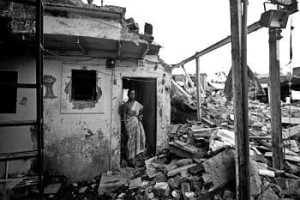 On the eve of the by poll in Lohardaga ST Reserve Constituency in Jharkhand,the Maoists triggered an IED blast killing one tribal.

The tribal was identified as identified as Basudeb Oraon.”Basudev Oraon was sitting near the spot where IED was planted and a banner calling upon the people to boycott the by poll was put up by the Maoists.

Lohardaga Superintendent of Police S. Karthik said Oraon,who had got injured in the incident,was airlifted to Ranchi for treatment, but he was declared ‘brought dead’ by doctors at the hospital, he said.

Whether Oraon was a Maoist is being investigated by the police.