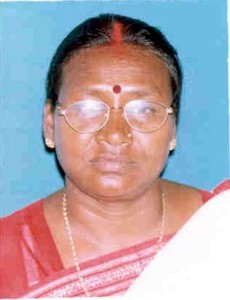 Jharkhand Governor Droupadi Murmu has asked the Raghubar Das government to initiate steps to promote the Santhali language in the state.

She expressed her concern over the diminishing value of Santhali and said that people seem to have forgotten their mother tongue.

She reportedly asserted on promoting the language in government schools. She said that Santhalis are spread across Jharkand, Odisha, West Bengal and Chhattisgarh and still people do not speak the language even at their homes.

She urged the Santhali population not to forget their language. She opined her views at the international tribal religious meet organised at Lugu Buru Ghanta Bari.