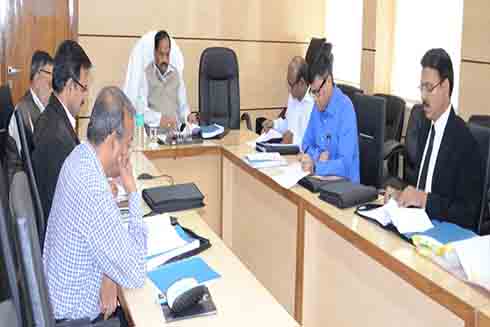 “By properly using the Information Technology,the bane of middlemen and corruption can be contained.Toward this end,the maximum utilization of the IT by the  Departments is the priority of the state government.The speed acquired by the state government in development in the field of the IT is going the make Jharkhand emerge as role model in the list of states”,said Jharkhand Chief Minister Raghubar Das today.

Das expressed his view while addressing the VIIIth meeting of Directors of JAP-IT inside the Project Bhawan in Ranchion Monday.The CM directed the Development Commissioner R.S.Poddar to set up an Executive Committee comprising Principal Secretary/Secretary of Departments.

“The decision taken by the committee will be reviewed and approved by the Board of Directors headed by Chief Minister”,said the CM.

With an aim to reform the working and executive function of JAP-IT,the directive was passed to get it registered under the Company Act.