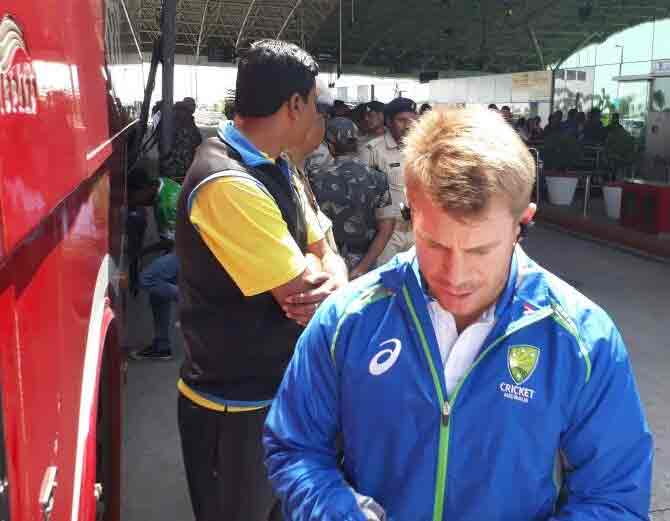 After the festival of colour ended,fans of cricket were busy witnessing the five day Test match between India and Australia at the International Stadium of the Jharkhand State Cricket Association in Ranchi,home of cricket prince M.S.Dhoni.The Test match is slated to be played at this stadium on March 16-20.Toward the same end,Australian Team players have already arrived.The coach of the Indian Team Anil Kumble and players have also arrived.  As a result,the entire city of Ranchi appears to be gripped by the spirit of cricket.The teams players were spotted practicing inside the stadium.They are expected to practice there on March 14-15,2017.

In the four- Test match series,both Teams were at the equal status of 1:1.This Test match will be second Test match played by India and Australia. It is expected that both India and Australia teams led by Virat Kohli and Steve Smith respectively will leave no stone unturned to win the third test match in Dhoni's home town-Ranchi