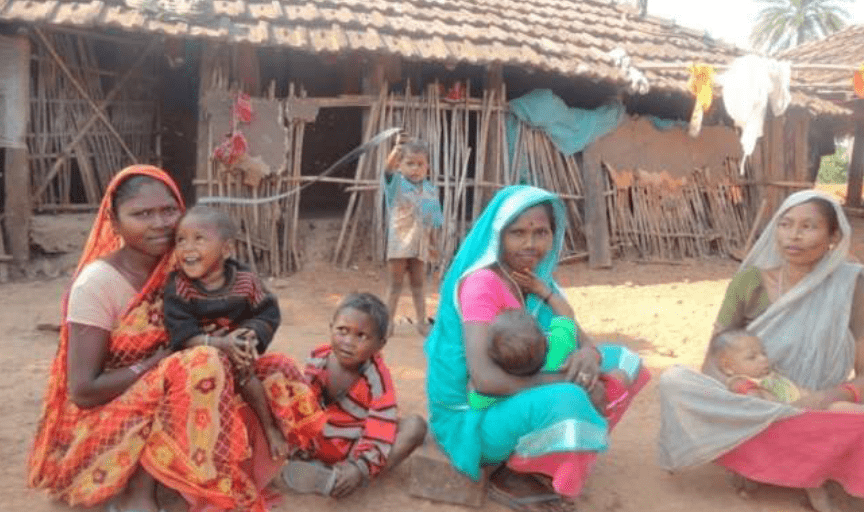 For people in the Palamau division of Jharkhand,this monsoon has proved worse than the peak of summr.Public taps,the main source of drinking water in Daltongunj(district headquarter of Palamau) and Garhwa,get water practically rarely and people fear even that may dry up if the monsoon failed and drought hit them.

No body knows about the fate of these two districts of the state -Garhwa and Palamau-where monsoon  normally arrives late every year.This year the average rainfall in rest part of Jharkhand was much less than normal so far.In Garhwa and Palamau,where there was no rain fall,the rains were still awaited.

The Met Department which had predicted ‘normal’ monsoon in April this year said the people of the state will have to wait four more days for a date with the monsoon.

The weathermen explained that even though the monsoon trough hit the Indian peninsula before its schedule this year, its approach into the mainland has been slow. The formation of cyclone Mora over Bay of Bengal had raised hopes of timely onset of the monsoon over the state.

However, a recent deep depression over the Bay of Bengal and its advancement into northeast India has delayed monsoon's scheduled arrival and continuity after on June 12.While isolated parts of the state have witnessed rainfall in the past 72 hours, the IMD has termed them as local developments.

Garhwa and Palamau remain a dry zone.A low pressure system needs to develop over the Bay of Bengal or over parts in and around Jharkhand. “This system is required to pull the monsoon current from Bengal over Jharkhand," said the Met Dept today.

In any case,Garhwa is the worse- hit because the fear of drought seems to have gripped its farmers.The three ponds have dried up and there are queues of people clutching pots and buckets for miles in front of the tanks which are the other source of water to the drought prone district.

Admits Ashok Singh,Magistrate:”Unless some contingency plan is chalked out for the monsoon failure,the situation will become unmanageable.”