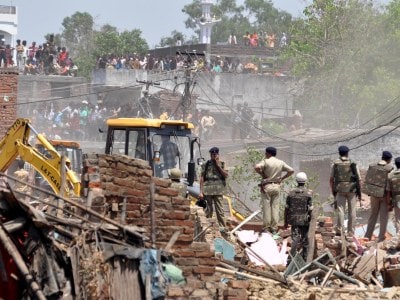 With the BJP government led by the CM Raghubar Das planning to widen the net of Nagar Palika or Nagar Panchayat in the state,the people of many rural areas are going to get municipal service in Jharkhand.

Right now there are 44 Nagar Palikas in the the state.If these plans are implemented,the number of Nagar Palika will go up to 56.This means this state will get 12 new Nagar Palikas,according to Urban Development Department's plans.

As it is,a Nagar Palika is a form of an urban political unit in India comparable to a municipality.An urban centre with more than 10,000 and less than 40,000 inhabitants is classified as a Nagar Panchayat.Its representatives are elected by the people.

However,there are some exceptions.All the previous town area committees (urban centres with a total population of more than 5,000 and less than 20,000) were reclassified as Nagar Panchayat.

Nagar Panchayats have a chairman with ward members. It consists of a minimum of ten elected ward members and three nominated members.

In effect,if an area is classified as Nagar Panchayat,its people are going to get municipal facilities.For instance,in rural belt,the beneficiary of Prime Minister Housing Project gets Rs 1.20 lakh for construction of a concrete house.In Nagar Panchayat,he/she gets Rs 2.25 lakh.

At the same time,while villagers don't pay any tax for house, water and so on,the residents of Nagar Panchayat have to pay it on a monthly basis.

As per the state Urban Development's plan,the 11 new Nagar Palikas are to be notified.These include five rural blocks of Ranchi-Kanke,Ratu,Tati,Muri and Khelari.Toward this end,Principal Secretary(Urban Development)Arun Kumar Singh has sought proposals from Deputy Commissioners of the districts under which these rural blocks exist in the state before November 10.