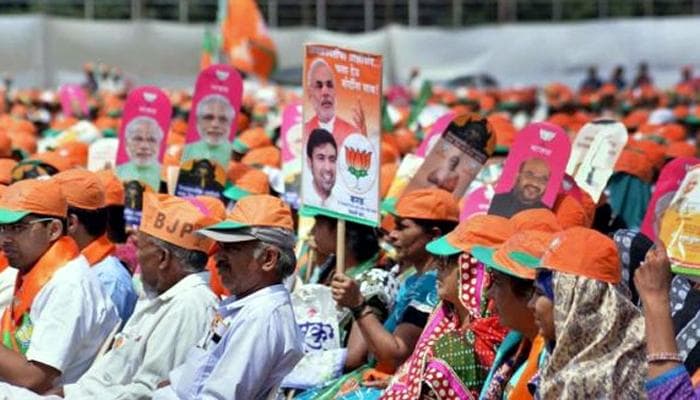 "Money,money,money ..."This popular song of ABBA was heard inside the ruling BJP headquarter office in Ranchi today,two days after the party in a meeting held at RIMS auditorium in Ranchi on Sunday decided to collect Rs 3 crore fund from among its members.

Though this ABBA song was in English,the singer was a Hindi speaking  BJP worker who does not want to be named.He was critical of the party's decision to set a target of Rs 30 crore fund to run the BJP in the coming year.

Notably,this is for the first time,the ruling party has made public the fund collection target from among the party men with amount fixed-MP-Rs 2 lakh,Minister-Rs 2 lakh,MLA-Rs 50,000,Mayor -Rs 50,000,Deputy Mayor-Rs 25,000 and District President-Rs 10,000.The members are asked to contribute Rs 1000.

In Jharkhand,there were 26 districts and 513 'Mandals'.The target of Rs 30 crore was supposed to be attained by February 28.Last year,the target was just Rs 3 crore.The 10 time increase in fund collection has raised many eye brows.

"What our party will do with this much of money.We don't know",said a worker.However,the party's state secretary Deepak Prakash says that the BJP follows transparency and collects fund to run itself."Our BJP is the only party which collects money from members and runs itself.We are proud of it",says Prakash.

Notably,the meeting in which this decision was taken had two other controversies.One,out of 344 members who were invited to attend it,only 316 members participated with a number of MLAs declared absent.This was criticised by the CM Raghubar Das.