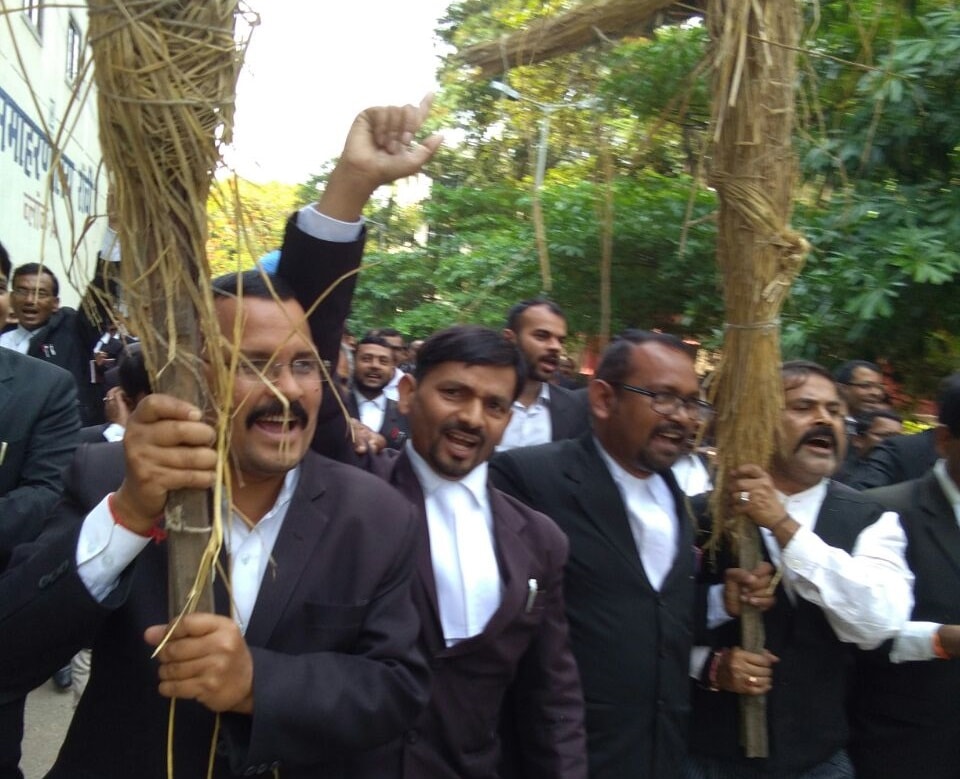 In protest against the alleged assault on their colleague, scores of advocates today shouted slogans inside the civil court premise in Ranchi.They took out a procession and burnt effigies of the police officers including the SP of Garhwa.

The advocates also lodged a protest against their colleague in Dhanbad.

Second is related with three brothers of an IAS officer who were attacked by miscreants allegedly for extortion in Wasseypur locality of Dhanbad.The IAS officer, Abu Imran, is Higher Education Department Director.
When asked a senior police officer informed that two brothers Abu Tarikh and Anasur Rehman had received a head injury while third brother Md Babar had got his leg fractured in the incident on Thursday.

All three brothers Tarikh, Rehman and Baber who were admitted to Patliputra Medical College Hospital (PMCH) were undergoing treatment there.

Abu Tarikh had lodged a complaint against 15 persons at Bhuli police outpost in this connection.Incidentally, gang wars and criminal activities of Wasseypur locality were the features in this belt of Dhanbad, also a theme of the film, 'Gangs of Wasseypur' (Part I and Part II), directed by Anurag Kashyap in 2012.

Investigations revealed that Abu Tarikh and his two brothers were sitting in the office of a bakery shop near Bhuli overbridge when a person identified as Danish Khan and his brothers stormed into the room and demanded Rs 70,000.

"When they refused to pay, the extortionists vandalized the office and attacked them with sharp weapons, rods and hockey sticks", writes Tarikh in his complaint."The extortionists allegedly also fired two rounds from a pistol".

As such the FIR was lodged against Danish Khan, his three brothers and 10 others.Although Bhuli police outpost in-charge Praveen Kumar, who had visited the spot, claimed that raids were conducted to arrest the miscreants, no arrest was made so far.

An investigation was on and an FIR would be lodged after its completion, he said.

The family members of Danish Khan also lodged a complaint in the police outpost saying that it was a dispute over parking of a bike in front of the shop but it was being labelled as a case of extortion.