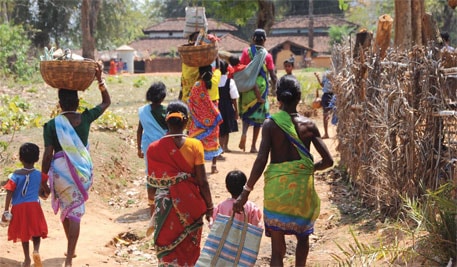 All of them had consumed the 'old and rotten' rice beer during dinner last night, according to the police officials.The victims were rushed to RIMS hospital in Ranchi or to a hospital in neighbouring Rourkela, Orissa for treatment.

Among the people hospitalised were reported to be in a critical condition. An investigation has been initiated by the police and excise officials after relatives of the refused to file complaint.

No arrest was made so far.In Jharkhand,the state Excise Department sells foreign liquor and country liquor was banned.However, the tribals manufacture and consume rice beer across the state.

Earlier this year in June, another illicit liquor incident had killed more than 10 people in the suburbs of Gumla.No measure was undertaken by the state government to mobilise tribals against manufacturing and consumption of illicit rice beer and desi liquor.

Note:Hadia is made in Jharkhand, Chattisgarh, Bihar, Orissa, Maharashtra, and Madhya Pradesh. It is the traditional rice-based alcohol, low in alcohol content.