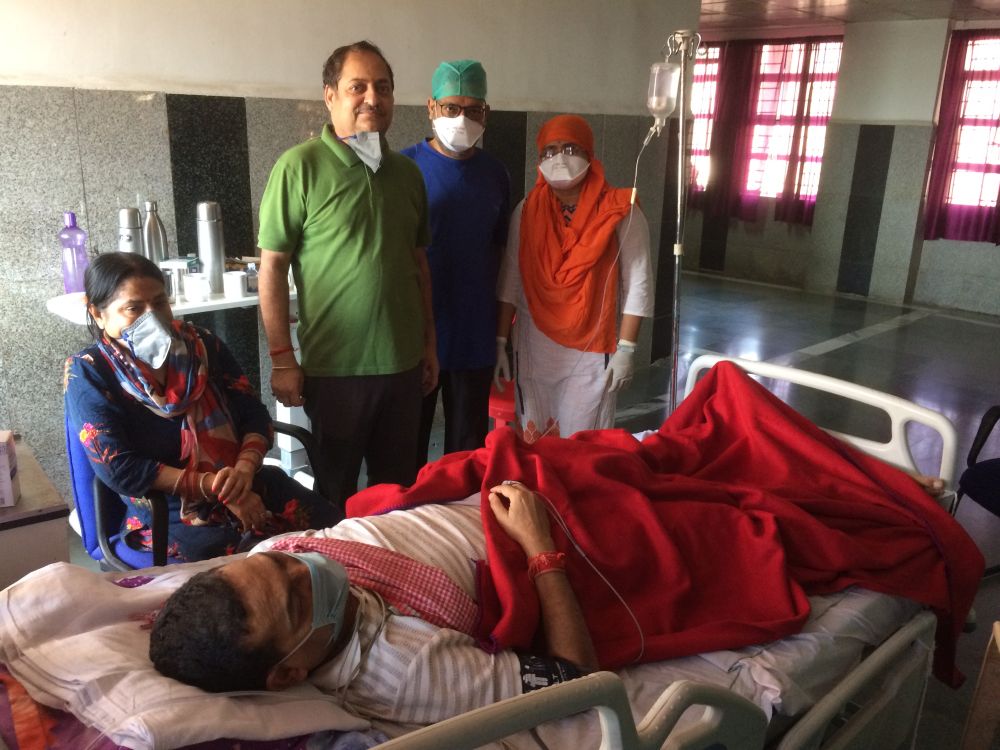 In April this year, Deepak Prakash celebrated his entry into the Rajya Sabha as it Member and thought he had been awarded by the BJP to use  Parliament to serve the people of Jharkhand.

He figured that more than 28 years after he had joined the Akhil Bharatiya Vidyarthi Parishad(ABVP) to lead students in then undivided Bihar from Jamshedpur and Ranchi in 1992-93.

But 59- year old "ordinary student," says he has still miles to go. And the truth is he is undergoing cardiovascular treatment inside the state government-run RIMS hospital on Friday, a day after the RS MP Deepak Prakash suffered from cardiac arrest on Thursday morning.

" I did not lose confidence", he told www.jharkhandstatenews.com while lying on the bed of the RIMS Cardiology Department where his family members including wife Shivani sat in front of him.

"I have no problem", he utters wearing a mask. Although he never talks about his social contributions, Prakash was Secretary of the party's  'Vananchal Samiti'- set up by the BJP to lead a movement for bifurcation of Bihar for creation of a separate state- Vananchal, a synonym of Jharkhand- long ago in 1995. Also, Prakash had played a major role as an active coordinator among top party leaders who were then countering the JMM and other Jharkhand agitationsts led Jharkhand Party, AJSU and actively greeted the creation of Jharkhand on November 15, 2000 with Babulal Marandi as its CM.

Soon, he was appointed as Chairman of the state government-run PSU-Jharkhand State Mineral Development Corporation -in 2001. Records show Prakash had performed Grih Pravesh(House Warming Puja) of the BJP's colorful multi-story Headquarter Office in Ranchi's Harmu locality, in presence of Venkaiah Naidu in 2003.

So, many BJP workers and leaders seem praying for his speedy recovery.

"We are proud of him. He is a superb human. As RS MP, he was entitled to get admitted in any dedicated costly private hospital", thinks Pradeep Sinha, ex BJP state unit spokesperson.

" But he  preferred to get admitted at government-run RIMS where ordinary citizens come and not one of his counterparts had undergone treatment."