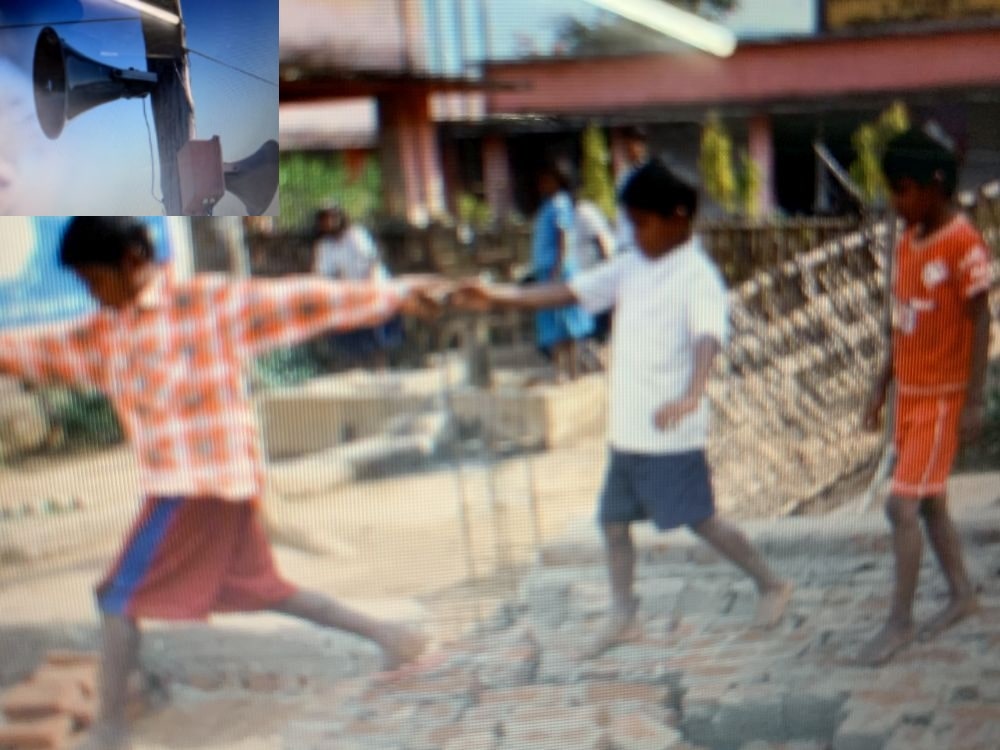 Forget Smartphone, Zoom for holding online classes for students. Loudspeakers are being used by teachers to teach students in tribal-dominated Dumka district in Jharkhand.

Shyam Kishore Singh Gandhi who has been teaching over 200 students through loudspeakers during the lockdown when schools were closed. These students belong to poor families and as such none of them had smartphones.

Yet they had a desire to attend classes amid the lockdown. So, after Gandhi put up loudspeakers across the Bankathi village where his Upgraded Middle School is located, classes were being held for two hours every day since April 16.

None of them were aware of the Zoom app for holding/attending the online class. Yet, the students sit near the loudspeakers, each put up on trees and walls at different locations, and attend the classes of their teachers.

The news agency PTI in its report quotes Gandhi saying:"'Louder speakers are put up where the number of students is more. Five teachers and two para teachers teach over the mike from the classroom."

When www.jharkhandstatenews.com approached Gandhi through the mobile phone he admitted that he has been the brain behind the innovative."Students attend the class from their own selected venue", he said.

Asked what was the response of students, Gandhi said that they were regular in attending the class at 10 am on a working day."I replied to their queries sent to me by anyone of their neighbour's smartphone", he said.

Notably, Gandhi 's loudspeaker model has attracted the attention of many officials after local Hindi dailies published the story on Thursday."During the lockdown when schools were closed, teachers and headmasters of other government schools should adopt this model to complete the course", said Sudhakar Mishra, Section officer of the state education department in Ranchi.