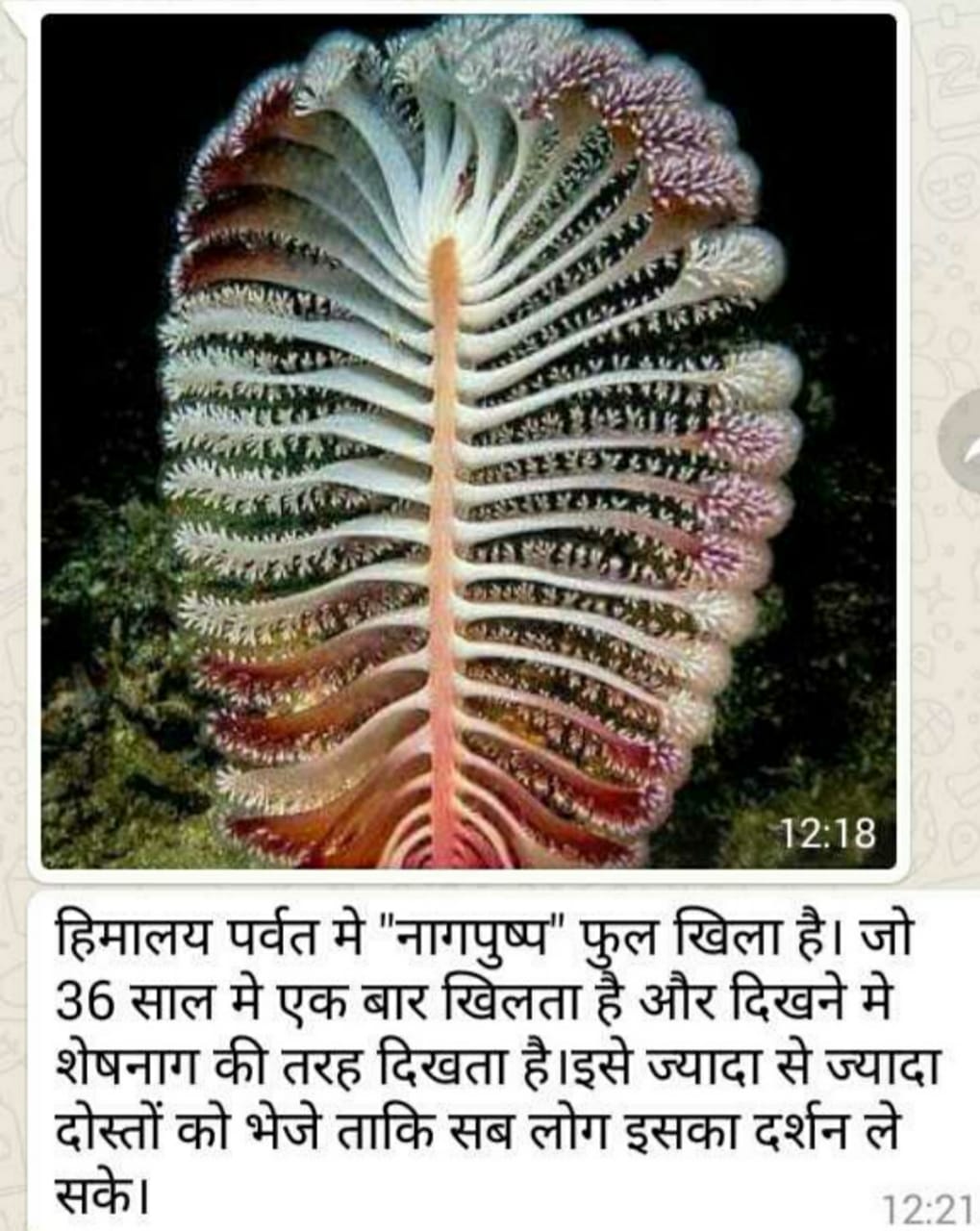 A photograph is going viral though it claims to show a rare Nagapushpa flower that perhaps blooms once every 36 years is being widely circulated on social media.
The viral message says “Nagpushpa blooms every 36 years. Yesterday at 3.30 am (early morning) it bloomed in Manas Sarovar.

In one Utpal Kumar Bose had posted this claim on Facebook in 2016 but it has resurfaced again on social media. More than 16,000 people have shared it so far.

Truth info brought into light by India Today's Anti Fake News War Room (AFWA) has found this claim to be completely wrong. This is not any rare Himalayan plant, but a marine invertebrate (animal without a backbone) known as a "sea pen".