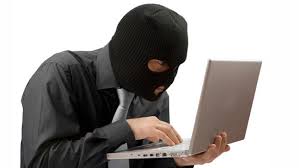 Jamtara is again exposed to the charge that it has become a hub of cyber criminals. This became indisputable after Delhi Police busted a gang of six people who were running a phishing scam.

As per reports, these cyber criminals of Jamtara were operating from its online platform. Jamtara is in Jharkhand.

The gang was exposed on the complaint of a victim who had called up a toll-free number of Axis Bank from Google. It was later found to be fake as no one picked that call but he received another call from another number posing to be a bank employee.

The victim was sent a link on which he was supposed to click to resolve his issue with the bank. However, he was duped of Rs 63,800 as soon as he clicked on it.

Delhi Police started investigating the case and sought all phoney call center and Paytm numbers in the investigation. Around hundreds of mobile phone numbers were found to be running on these devices.

As it is no calls were made on these numbers but only some messages were reflecting. These findings further intrigued the investigators, as the crime appeared to be well-knit and part of some vicious nexus running pan India. Hundreds of accounts and mobile numbers were used to deliberately mislead the investigators.