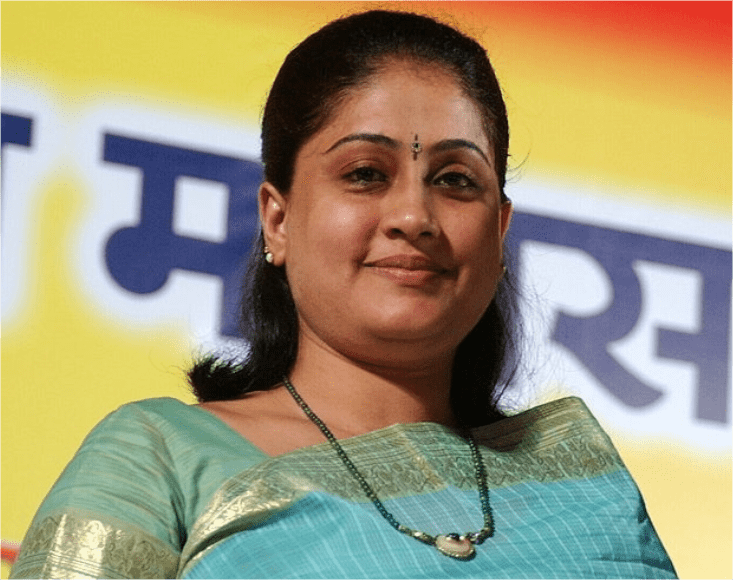 The ruling BJP is trying to gain a foothold In  Hyderabad. This became evident when senior Congress leader and actress Vijayashanti is going to join the BJP soon, it is learnt.

The former MP was not active in the Congress party's activities and programmes in the state for the past few months. Now, when she joins the BJP, Vijayashanti would be the second popular star in the South to join the party led by Prime Minister Narendra Modi.

After Khushbu in Tamil Nadu who too had quit Congress and embraced BJP, she is another film star to join the BJP.

Observers say her  entry into BJP is like a sort of homecoming."It will give a shot in the arm to the BJP which is going all out to capture the Greater Hyderabad Municipal Corporation (GHMC) in the elections to be held on December 1.

Vijayashanti, who began her political career with BJP, joined TRS Party and switched loyalties to Congress in 2014 before the formation of Telangana state.