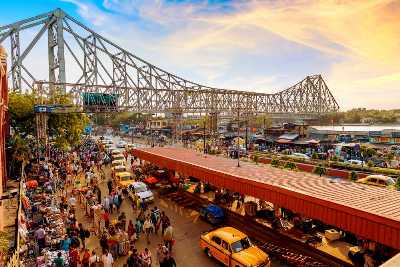 As a Marwari whose forefathers started living in Bengal some 350 years ago and created this region as the best industrial state with huge opportunities, and having cultural heritage, it pains me to see the desperate lows that Bengal is touching.

Almost every Marwari or Bengali who gets an opportunity to leave Bengal does so. Gleefully!!
And, in nearly 95% of cases, never to return, except for short visits to meet family & friends.

It used to be the seat of knowledge, a hub of industrial activity, the capital of culture, and a prolific producer of sportsmen.

In short, it was the most vibrant place there ever was in the entire country.

The saying was: "What Bengal thinks today, India thinks tomorrow! " Now we can surely say that it is history. Let's see if history repeats again.

*Bengal has been on a decline ever since 1963, since Bidhan Roy passed away.*.
He reinforced the foundations of the State.

Calcutta and Jadavpur used to be the prime universities in India in those days.

Bengal had the IIM, IIT, I Stat I, the Operations Research school, Bengal Engineering College, besides, of course, Presidency College, SXC, Scottish Church and many other venerable institutes.

It was the HQ of Birla, JK, Bangur, and Thapar and Tata were in the process of moving there.

The grand Tata Centre was built for that purpose. This was the vision of TATA'S.
Most of their investment was in Jamshedpur.

Most foreign companies had their India HQ in Calcutta. This was the reason Calcutta has the best of the Clubs in the country. Members of these clubs are proud to part of old British Heritage.

*And then Ashok Kumar Nite happened in February 1968.*

Women were dragged out and their naked dead raped bodies were found in and around the lake over the next two days.

The CPI M leaders (Jyoti Basu & Co) called it “ *the rise of the proletariat against the bourgeoisie*” and justified it.

Soon after, Aditya Birla was dragged out of his car between GPO & RBI, opposite Writers Building thrashed, clothes torn, stripped down to his undergarments and made to walk like that to his office at 15 India Exchange Place.

With a crowd roaring in laughter and jeering, he went home and took a flight to Bombay, never to return.

Took all his money and Organisation out of Bengal. Today they are one of the top industrial houses in the country.

So did JK, so did Thapar, within a month.

So did most entrepreneurs, so did most MNCs. Today no Industrial house plans to start any project in the state. The best example that comes to my mind is TATA for their NANO and Sajjan Jindal for their JSW BENGAL STEELS. I am sure there may be more, however am not aware.

So did professionals, educationists, intellectuals, artists.

That, this being the dream that the communists wanted, and there is no change by the present Trinamul Government.

Those who had nowhere to go were threatened by goons and movements like Amra Bangali to keep silent.

That had become the political culture of Bengal.

Thereafter, Political parties irrespective of the hue kept following the same culture, and unfortunately will keep doing so, because *the best manner to remain in power is not to permit empowerment.*

The people are strangely watching silently, for 55 years now and will do so unfortunately for another 55 years. May see the state to turn into an Islamic state. Just keep your fingers crossed.

Those who disagree migrate out to other parts of India; to other countries.

One finds so many teachers, scientists, researchers, artists, from Bengal in the US, UK, France, Germany, Benelux, Scandinavia, Defence, etc, but none worth the name here in Bengal."

Once, the capital of India,.... truly sinking Bengal!

It is time to smell the coffee. Hope Kashmir will not be repeated where Kashmiri Pundits had to flee overnight. They had no time to consolidate themselves.

Sad, Bengal is fading away...