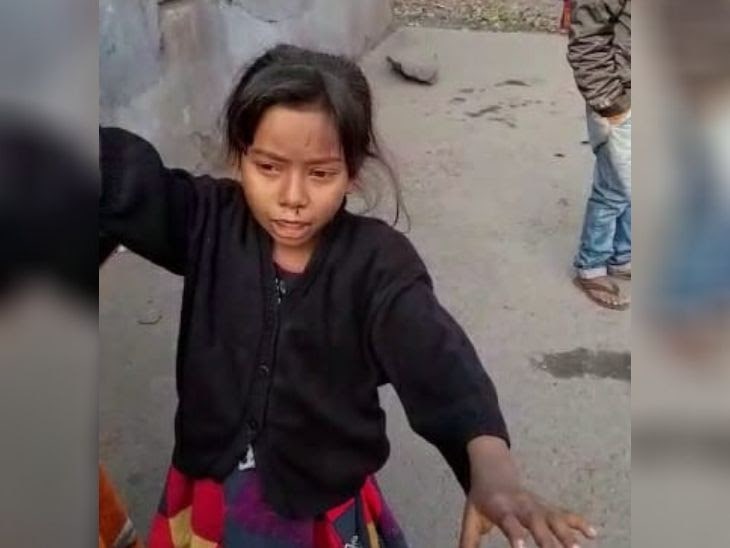 *Picture shows Savita in tears as land near her house in Jharia caved-in and her mother Kalyani Devi died trapped underneath the earth.Picture courtesy bhaskar.com

Yet another woman lost her life today as land caved-in mining areas of Bharat Coking Coal Ltd in Dhanbad.

The incident took place in Gorakhpuria Colliery of the BCCL in the Jharia area of Jharkhand's Dhanbad district.

The team of rescuers directed by the district administration worked for almost six hours and succeeded in digging deep into the earth and took out the body of the 30-year-old woman.

However, her relatives and friends blamed the district administration for the incident and launched dharna with the dead body of the woman. The dharna caused a jam on Dhanbad-Jharia road for almost 45-minutes. The jam was lifted after the police intervened.

During the past year, as many as six persons including the above woman had died due to land cave-in in the same locality. The BCCL authorities say this area falls in the danger zone of the underground mine fire." Several times the government had appealed to people of this area to vacate the land due to the underground fire threat, but in vain. The people don't vacate the land", said a senior BCCL officer.

The body of the woman was identified as Kalyani Devi. Reports say she had gone out of her house with her daughter for defecation." As she walked for just 10 steps, the land caved in and she got trapped underneath", recalls her 7-year old daughter Savita.

"After the land caved-in, gas started leaking out. It continues till now."