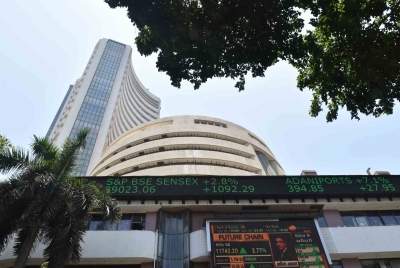 At the weekend, Sensex advanced 70 points. It ended at a new record on Friday following gains in Infosys, ICICI Bank, TCS and Reliance Industries.

Infosys was the top gainer in the Sensex pack, rising around 3 per cent, followed by Bajaj Auto, SBI, ICICI Bank, HCL Tech, Titan and Asian Paints.

On the other hand, IndusInd Bank, ONGC, HDFC Bank, Maruti and Bajaj Finserv were among the laggards.

Elsewhere in Asia, bourses in Seoul ended on a positive note, while Shanghai, Hong Kong and Tokyo were in the red.

Stock exchanges in Europe were trading on a mixed note in early deals.