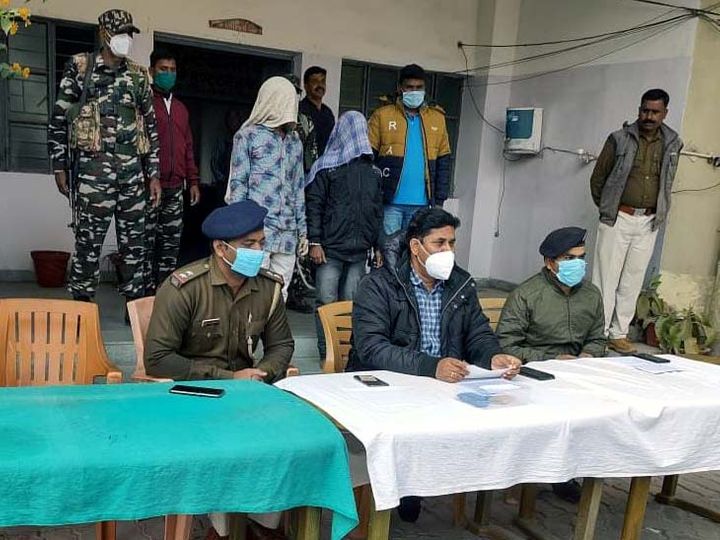 The arrest of two persons and seizure of 10 Tiffin bombs from their possession have stealed limelight in Chatra.Both of them were arrested today on charges of possessing illegal arms and ammunition.

These persons were identified as  Hunterganj,Chatra,Jharkhand, resident Kundan Kumar and Gaya in Bihar resident Manoj Choudhary.The police have recovered 10 Tiffin(Can)bombs,each wrapped up with thin ropes and country made,1 country made 7.66 MM pistol,two live catridges,3 mobile phones and one mo-bike.

They were nabbed on a' tip off' provided to Chatra SP Rishav Jha.Soon a police team was constituted and checking of vehicles at suspected points launched across border areas of Huntergunj in Chatra,Jharkhand and Gaya,Bihar..

Chatra Sub Divisional Police Officer Avinash Kumar shared information connected with their arrest."When we saw two guys coming from Huntergunj by mobike,action was launched.They tried to escape.But both were nabbed and arrested.Also,illegal arms and ammunition seized".