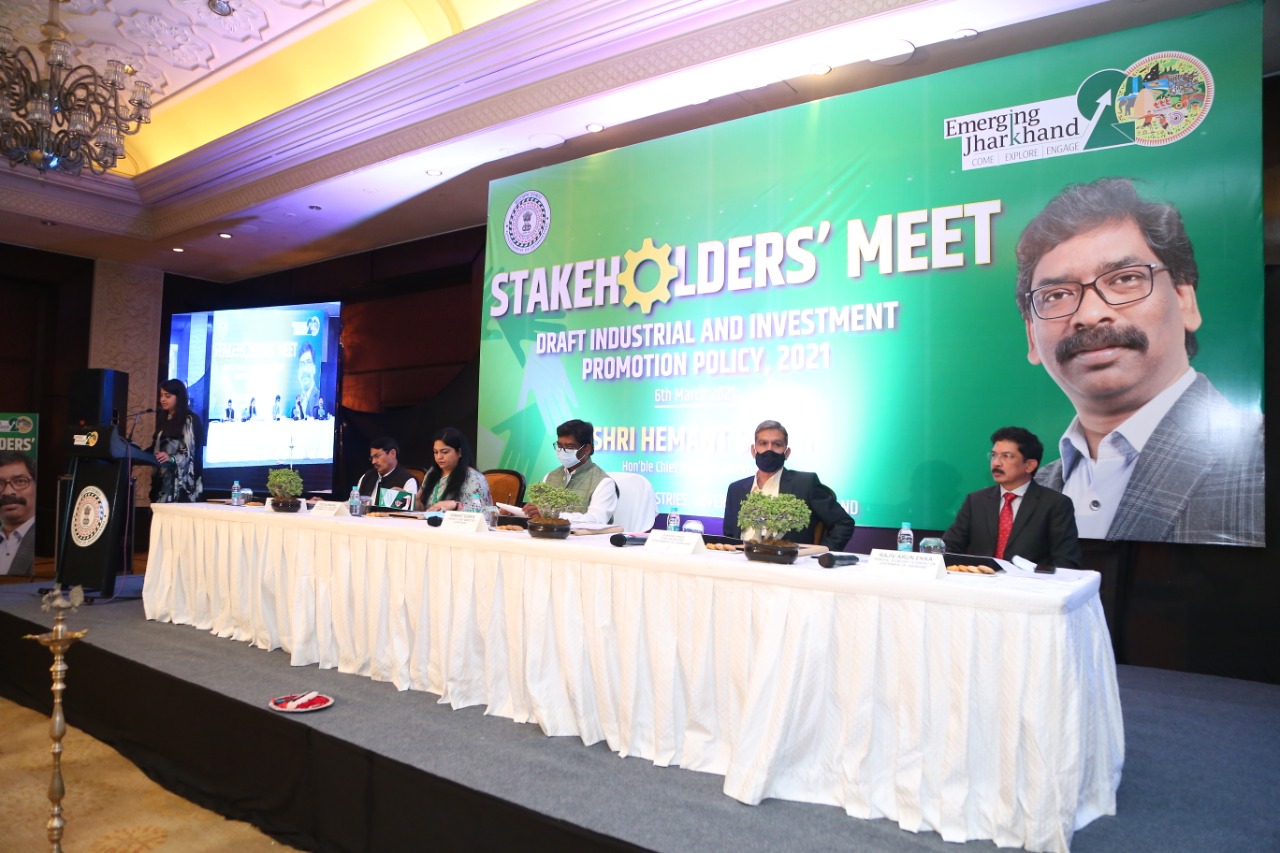 In his welcome note, Jitender Kumar Singh, Director Industries said, “With 40% of the nation’s mineral reserves, Jharkhand- the Mineral State of India aims at rapid development by harnessing the location advantage with a proactive and investor-friendly Industrial Policy”. He also noted that the policy provides one of the best incentives packages anywhere in India.

Hemant SorenChief Minister, in his keynote address, highlighted the importance of such events in providing valuable opportunities for interaction with businesses and for the exchange of perspectives between the Government and industry. Explaining the urgency for a new policy, Soren remarked that

“Covid-19 has created a crisis in industrial output and adversely affected the value chains.

The more I travel to the interior areas and the more I interact with the people there, I get the feeling that the industrial sector needs some help to overcome the strain caused by an extended and unplanned lockdown”. He also noted that a sustained effort spread over a few years is required so that micro and small units can be pulled out of their marginal existence while mega and large units are propelled onto the global platform.

This meet saw a dedicated Question and Answer Session organised at the venue for the participants to directly interact with Chief Minister and accompanying officials. The Government of Jharkhand has signed an MoU with FICCI on the sidelines of the event. Textile being a high priority sector for the Government, a roundtable was also organized with the Apparel Export Promotion Council, and Garment Exporters and Manufacturers Association.