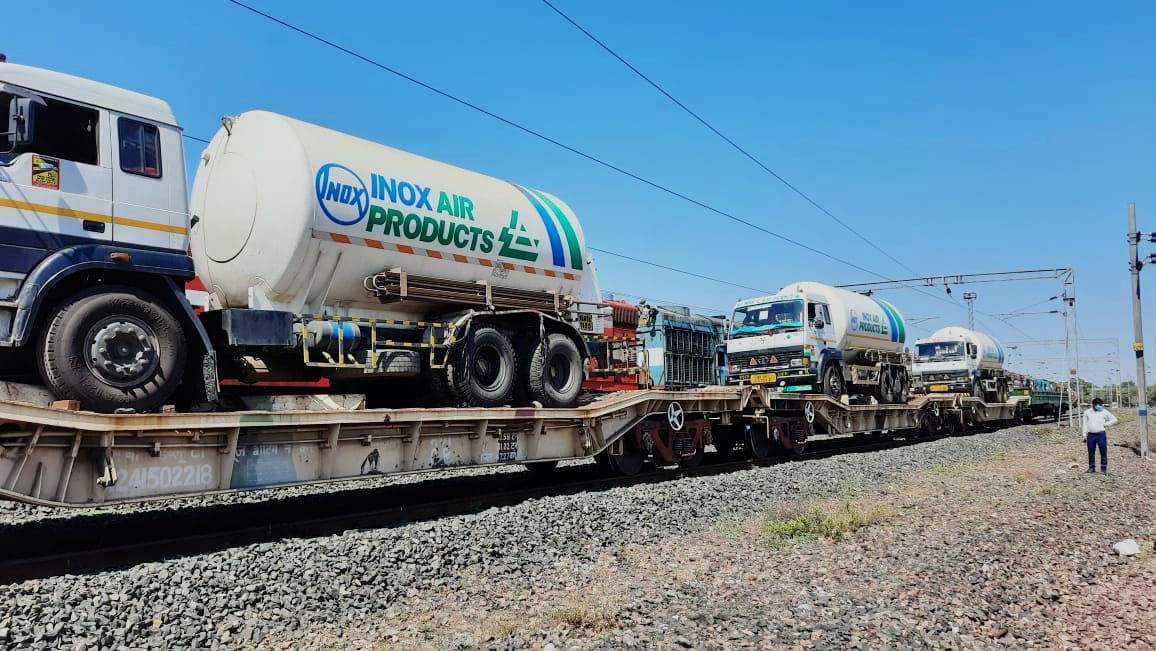 South Eastern Railway has already moved 89 Oxygen Express Trains with a total of 5736 tonnes of Liquid Medical Oxygen (LMO) to 10 different states and Union Territories for treatment of Covid affected patients. It may be mentioned that, in this endeavour, Indian Railways has transported LMO to altogether 13 different states.

South Eastern Railway is moving the Oxygen Express Trains since 23rd April 2021. These trains have moved towards Uttar Pradesh, Madhya Pradesh, Haryana, Tamil Nadu, Telangana, Karnataka, Uttarakhand, Punjab, Andhra Pradesh and Delhi. In this process, swift loading and hassle-free movement of the tankers and containers have been monitored by SER authority with top priority.