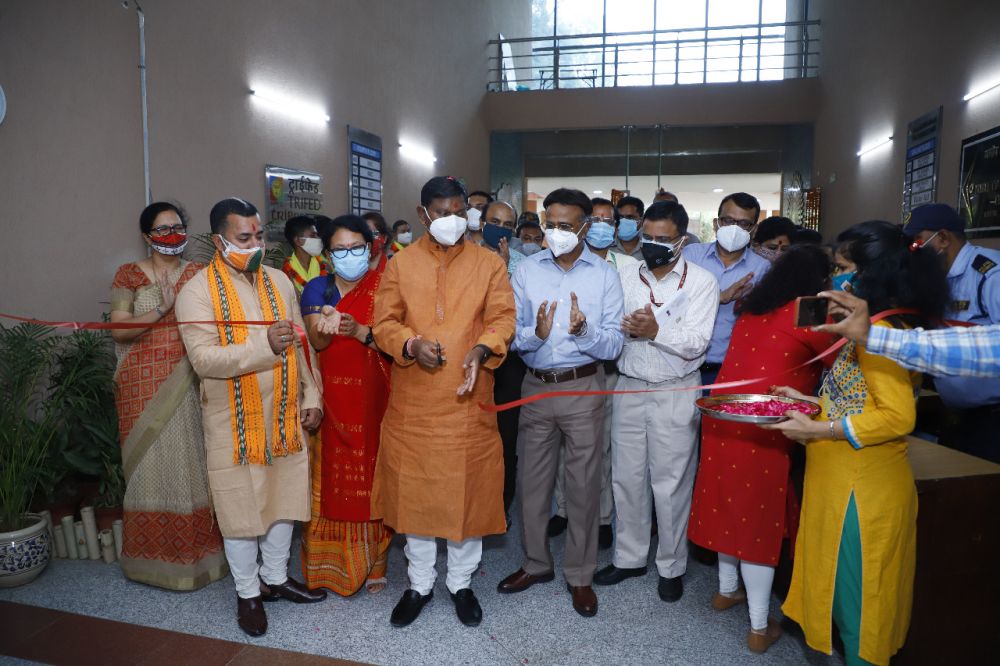 The event witnessed the inauguration and launch of several other programmes, including the new premises of the TRIFED headquarters.

Keeping in line with the Prime Minister's slogan ‘Vocal for Local’ and to build an Atmanirbhar Bharat, TRIFED has been coming up with several initiatives, all aimed at sustainable livelihoods for the tribal population.

Speaking on the occasion, Mr Munda remarked, “I am delighted to inaugurate the new premises of TRIFED and unveil some noteworthy initiatives that TRIFED has been working towards, such as Sankalp se Siddhi – Mission Van Dhan. Implementation of this crucial mission will definitely result in the transformation of the tribal ecosystem in our country.

The new TRIFED Office premises at NSIC Complex, OkhlaIndustrial Area, Phase-III, New Delhi is around 30,000 sq ft in area and has state-of-the-art infrastructure and is equipped with two conference rooms for video conferencing and other latest amenities. It houses office space for the Hon’ble Minister for Tribal Affairs, Managing Director, senior officials and all staff.

The most notable initiative that was unveiled on Tuesday was “Sankalp Se Siddhi – Mission Van Dhan”.

In fact,TRIFED has been implementing several noteworthy programmes for the empowerment of the tribals. Over the past two years, The ‘Mechanism for Marketing of Minor Forest Produce (MFP) through Minimum Support Price (MSP) & Development of Value Chain for MFP’ has impacted the tribal ecosystem in a major way. It has injected Rs 3000 crores into the tribal economy, even during such difficult times, aided by government push.

The Van Dhan tribal start-ups, a component of the same scheme, has emerged as a source of employment generation for tribal gatherers and forest dwellers and the home-bound tribal artisans.  In less than two years, 37,362 Van Dhan Vikas Kendras(VDVKs), subsumed into 2240 Van Dhan Vikas Kendra Clusters (VDVKCs) of 300 forest dwellers each, have been sanctioned by TRIFED out of which 1200 VDVK Clusters are operational.

The other initiatives launched today include the Van DhanSoftware Application. Designed to receive and process the Van Dhan proposals online, the software application has GIS integration, can monitor Van Dhan Project implementation activities and can generate related reports. A Digital Connect programme under which a two way communication process is proposed to be established was also launched today.

Mr Munda also inaugurated 7 more Tribes India outlets, 2 in Jagdalpur, 3 in Ranchi, 1 in Jamshedpur and 1 at Sarnath. Showcasing tribal products from all over the country, the outlets will have specific GI and Vandhan corners and will display the large variety of GI tagged and natural products from different parts of the country. The Sarnath outlet is the first successful collaboration with the Ministry of Culture at an ASI heritage site. With these outlets, the total number of Tribes India outlets have gone up to 141.

With the emphasis of the PM on Vocal for local and building a self-reliant India, TRIFED, as the nodal agency working towards tribal empowerment, continues to launch and start new initiatives that helps in improving the income and livelihood of the tribal people, while preserving their way of life and traditions.