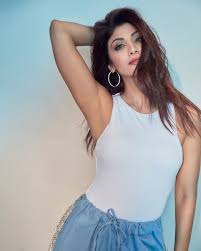 Bollywood star Shilpa Shetty is learnt to have defended her husband Raj Kundra who was arrested by the Mumbai police on July 19 for production of pornographic films.

The “ content on Raj Kundra’s app is ‘not pornography, but erotica”, she reportedly told the Mumbai police in a recorded statement.” He is innocent”, Shilpa Shetty is quoted having said in the Times of India report on Saturday.

Her statement has raised serious question about the stand taken by the Mumbai police against her husband Raj Kundra. While the Mumbai police alleged that he was arrested on charges of making “pornographic ” films, a nonbailable crime.

But Shilpa had contradicted the police’s stand by saying that her husband made erotica films. Here the question that arises is what is the distinction between erotica and pornography.

Although some sociologists may not distinguish between them,a key distinction, some have argued, is that pornography's objective is the graphic depiction of sexually explicit scenes.

At the same time, erotica "seeks to tell a story that involves sexual themes" that include a more plausible depiction of human sexuality than in pornography.

Many countries including India have laws banning or at least regulating what is considered pornographic material, a situation that generally does not apply to erotica.
For the anti-pornography activist Andrea Dworkin, "Erotica is simply high-class pornography; better produced, better conceived, better executed, better packaged, designed for a better class of consumer."

Feminist writer Gloria Steinem who distinguished  erotica from pornography, writing: "Erotica is as different from pornography as love is from rape, as dignity is from humiliation, as a partnership is from slavery, as pleasure is from pain."

Steinem's argument hinges on the distinction between reciprocity versus domination, as she writes: "Blatant or subtle, pornography involves no equal power or mutuality. In fact, much of the tension and drama comes from the clear idea that one person is dominating the other."