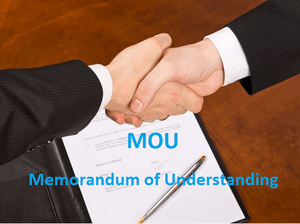 MoUs and other related agreements were signed in the presence of Minister of Chemicals & Fertilisers and Health & Family Welfare Shri Mansukh Mandaviya and Minister of State for Chemicals and Fertilisers Shri Bhagwanth Khubaand senior officials of the ministry.

To enhance the adaptability of Nano Urea by farmers, technology transfer from IFFCO to public sector fertilisercompanies will be achieved through these MOUs. This technology transfer will ramp up the production leading towards consistent supply resulting in faster adoption and would also result in more savings to farmers and government subsidies.

Under these agreements, IFFCO will transfer the technology of Liquid Nano Urea to NFL and RCF. In the near future, NFL and RCF will establish new Nano Urea production plants to increase the supply of Nano Urea to farmers of the country. Shri Mandaviya said that signing of these MoUs shows the commitment of Prime Minister Shri Narendra Modi led Government towards serving the interest of ‘Annadata’ (farmers) of the country and making the country 'AtmaNirbhar’ in fertilizers.

He also said, “Prime Minister Shri Narendra Modiji in his Independence Day address in 2019 appealed to the farmers to reduce the use of chemical fertilizers to save mother earth. The Prime Minister had said that we are destroying our mother earth and as children of this mother, as a farmer, we have no right to destroy mother earth.”

Taking inspiration from these words of the Prime Minister, the Ministry of Chemicals and Fertilizers has continuously worked in this direction. Nano Urea made by IFFCO has the potential to prove to be a game changer for agriculture in the country. India has become the first country globally to start commercial production of Nano Urea.”

While underlining the needs of faster adaptability of NanoUrea, Shri Mandaviya said that there is an imbalanced use of fertilizers in India. This is deteriorating the health of soil. Imbalanced use is also causing water pollution and air pollution. Nano urea is a revolutionary product which will help in solving these problems by reducing the use of urea by upto 50 percent. Nano Urea being an eco-friendly product willprotect the health of the soil.

Emphasizing the financial aspect of the Nano urea, ShriMandaviya said that apart from direct savings, transportation cost will also come down. The storage of Nano urea will also be easy for the farmers. Direct financial savings, reduction in transportation cost and better production will increase the income of the farmers. With this the country will move towards fulfilling the Prime Minister's dream of doubling the farmers' income. Nano urea will also reduce the import of conventional urea in India. “Gradually, in the matter of production of urea and other fertilizers, the Prime Minister’s dream of 'AatmaNirbhar Bharat' will be fulfilled”, he added.

Highlighting the importance of these MoUs Shri Mandaviyasaid, “The biggest challenge for any game changer technology is adoption on a larger scale by common masses. Nano urea is facing the same challenge. Nano urea is a revolutionary product, but the faster the common farmers of the country adopt it, the sooner we will see its positive effect and the sooner we will be able to move towards 'complete AatmaNirbharta' in the agriculture sector.

Shri Mandaviya commended the work done by IFFCO in service of the nation by making Nano Urea. He said, “I am informed that IFFCO started production of Nano Urea in June and in less than two months till 25th July, IFFCO has completed the production of 8.28 lakh Nano Urea bottles and supplying it to the farmers. But for an agrarian country like India, it is necessary that the production of nano urea should increase further. Other government companies working in the field of fertilizer should also be involved in this work. Today it is a matter of pleasure for me that today MoU was signed by IFFCO with NFL and RCF for Technology Transfer of NanoUrea. In the interest of the country, this technology transfer is being done by IFFCO without any royalty. IFFCO should be commended for this. These MoUs will increase the production of urea in the coming days. All three organizations will be involved in its promotion. This will help in increasing the popularity of Nano Urea among the farmers in a short span of time and will enable farmers to adopt this new product faster.”