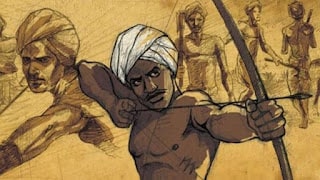 Ministry of Tribal Affairs is administrating the schemes of “Support of Tribal Research Institute” and “Tribal Festival, Research, Information and Mass Education” under which various activities to promote tribal culture are undertaken as below:

(i) Research studies/publication of books/documentation including audiovisual documentaries on the promotion of rich tribal cultural heritage.

(iv). To acknowledge the heroic and patriotic deeds of tribal people, Ministry has sanctioned setting up 10 Tribal Freedom Fighters Museum. These museums will also exhibit the rich tribal cultural heritage of the region.

(v). To preserve and promote rich tribal cultural heritage and also to create awareness among others, a searchable digital repository has been developed where all research papers, books, reports and documents, folks songs, photos/videos with their metadata are uploaded The repository currently has more than 10,000 photographs, videos and publications which are mostly done by TRIs.The repository can be visited at repository.tribal.gov.in.

(vi). Ministry gives funding to TRIFED for organizing the AdiMahotsav festival at the National level and state level. State-level festivals like the Hornbill festival of Nagaland, Pawl-kut festival of Mizoram, MedaramJatra of Telangana are funded through TRI.

(vii). TRIFED organizes Tribal Artisan Melas (TAMs) to identify new artisans and new products at the sourcing level in States/Districts/Villages for expanding the tribal producers base.

National Tribal Festival/Aadi Mahotsav was held from 1st February to 15th February 2021 at Dilli Haat INA, New Delhi. The main feature of the festival was exhibition-cum-sale of tribal handicrafts, art, paintings, fabric, jewellery, cuisine, folk performances, medicine healers and much more through 200 stalls. In this Mahotsav 458 tribal artisans, artists and chefs from 25 States of the country participated.

This information was given by the Minister of State for Tribal Affairs, Smt. Renuka Singh Saruta in a written reply in Rajya Sabha on Thursday.