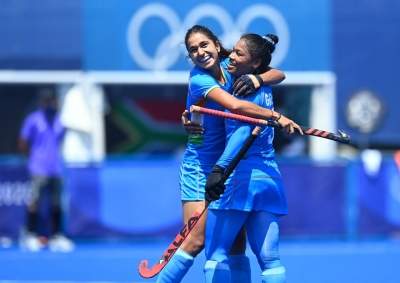 All eyes are on women hockey players of India who are slated to confront Argentina in the semi-finals of Tokyo Olympics 2020 on Wednesday. They reached this high stage generating a sense of national pride after defeating Australia.

As it is, this is one of the greatest moments in Indian Olympic history. While India’s men's hockey team lost in the semi-final, women’s hockey team reached the Tokyo 2020 Olympics semi-finals in successive days.

Among 16 players of the Indian women’s hockey team, two are from Jharkhand. Both of them are princesses of hockey in the country today. They are :

Salima Tete (19, Midfielder) Hesal, Jharkhand. Salima Tete’s hockey journey began the same way most people in India fall in love with sports – in a dusty maidan where the stones needed to be removed and the temporary goalposts had to be constructed.

She was born in the Naxal stronghold, which is also a hockey hotbed. She worked on the family’s farm, earned money and bought a hockey stick for herself. Ahead of the Olympics, she had won 29 caps for the senior national team. She’ll hope the next two will come with an Olympic medal.

Nikki Pradhan (27, Defender) Hesal, Jharkhand Hailing from an area known to be a Naxal stronghold, Pradhan claimed she does get scared when travelling back to meet her parents.

Riddled with financial troubles while growing up, her elder sister, who also played hockey, had worked as a labourer in order to purchase a hockey stick. Pradhan got her first pair of hockey shoes and a stick when she moved to an academy in Ranchi in 2006.

She was in and out of the national structure before finally securing a spot in the team in 2015, just in time for Rio, where she became the first player from her state to play at the Olympics.

( Inputs from The Indian Express)