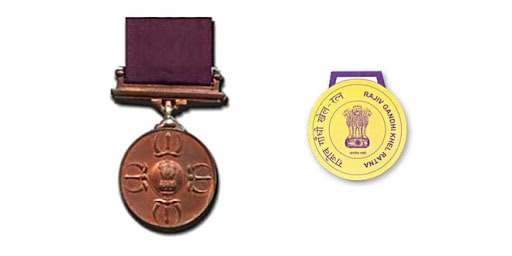 Three decades after the PV Narasimha Rao-led government instituted the Rajiv Gandhi Khel Ratna Award, the hugest sporting civilian honour of the Republic of India, for their dynamic performance in sport’s disciplines that are included in international competitions, a change in name has taken place.

Now its name is Major Dhyan Chand Khel Ratna Award. The change was introduced by the Narendra Modi government today.

The name change has elicited mixed responses from among sportspersons. While some have welcomed it, others raised eyebrows. In any case, in the past, the first recipient of the Rajiv Gandhi Khel Ratna award was Chess legend, Viswanathan Anand.

PM Modi in a tweet today, said that he has been getting a lot of requests from the citizens to name the Khel Ratna Award after India Hockey legend Major Dhyan Chand.

Modi said that respecting the sentiments of the citizens of India, it was decided to change the name of the sporting honour to Major Dhyan Chand Khel Ratna Awards.