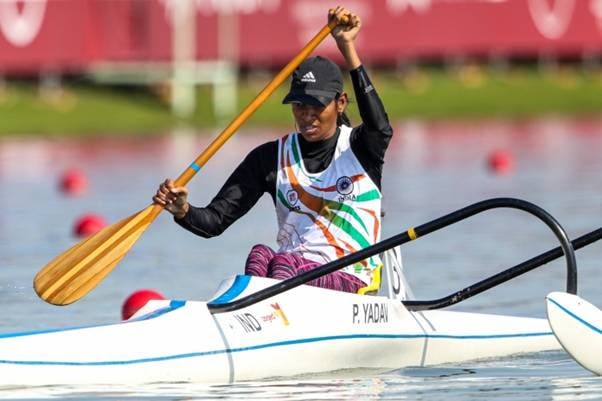 A good news is that India’s three-member water sports delegation, comprising two male Swimmers and a female Canoe sprint athlete, are confident they will be able deliver their best performances at the Paralympic Games in Tokyo.

For SuyashJadhav, it is his 2nd Paralympic Games while NiranjanMukundan and Prachi Yadav will be making their bow at the biggest stage for the first time in Tokyo. All three are a part of the Target Olympic Podium Scheme (TOPS).

Now a swim coach in Pune at the Directorate Sports and Youth Affairs, Maharashtra, Suyash has been training at the Balewadi Stadium under the watchful eyes of his coach TapanPanigrahi. He has been given assistance from the Government of India in terms of Foreign Exposure, wherein he has participated in more than five International Competitions as well as participation in National Coaching Camps with sports science support along with sports kit. Suyash’s hands had to be amputated after being electrocuted at the age of 11. Post the 2016 Paralympics, he bagged one gold and two bronze medals at the Asian Para Games in Indonesia in 2018 as well as the Eklavya Award in 2018 and the Arjuna in 2020.

While Suyash’s 200m Individual Medley SM7 event is scheduled for August 27, he will be in action again along with NiranjanMukundan in the Men’s 50m Butterfly S7 events on September 3. For the record, Murlikant Petkar became the first Indian athlete to win a Paralympics medal when he claimed 50m Freestyle gold in Heidelberg, Germany.

Earlier this month, 26-year-old banker Niranjan was allotted a bipartite place in the Games by the International Paralympic Committee. He has over 60 international medals and is the only Para swimmer to cross the 50-medal mark. Niranjan has received assistance from the Government in terms of foreign exposure trips as well as participation in national coaching camps with sports science support.

Born with spinal bifida and clubbed feet, Niranjan is keen to make a mark at the Paralympics, having trained in Bengaluru under John Cristopher, through the pandemic despite testing positive for Covid-19 a few months after losing his grandmother.

Meanwhile, Prachi Yadav, 26, became the first Indian to secure entry in the Paralympic Games Para Canoeing competition. She will take part in the Women’s VL2 200m Heats on September 2, with the semis and final scheduled the next day. On her international debut at the ICF Para Canoe World Cup in Poznan, Poland, in May 2019, she finished eighth after progressing past the first round and semi-final runs. Later, in the August 2019 ICF Para Canoe World Championships in Szeged, Hungary, she entered the semifinals.

Training under Mayank Singh Thakur at the Lowe Lake in Bhopal, Prachi, who is physically challenged below her waist, also has received key interventions from the Govt of India in terms of participation in international competitions and national coaching camps along with sports science support and kits.