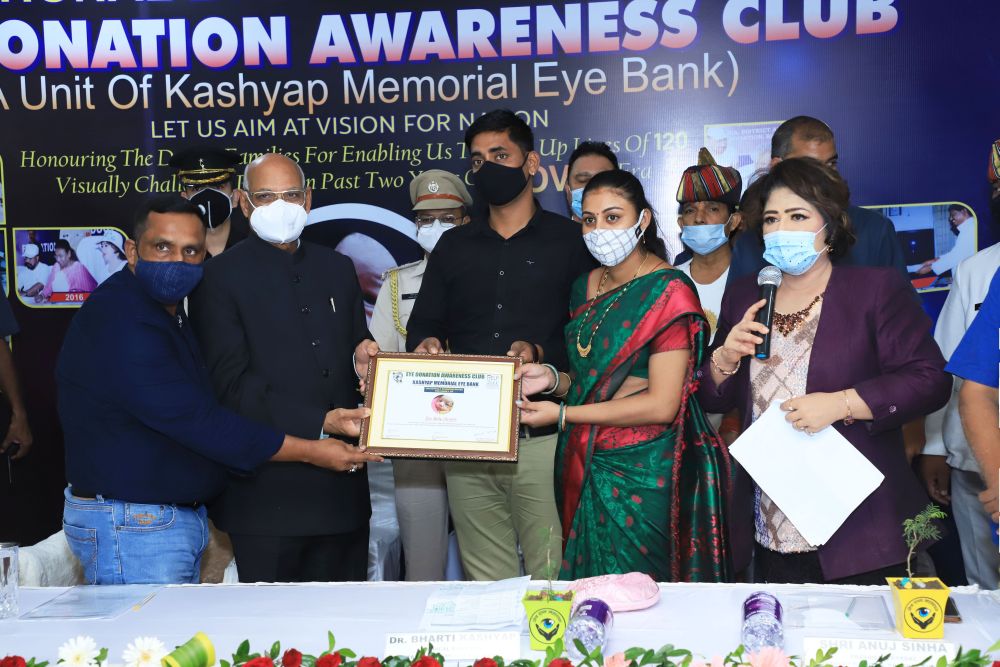 *1.Governor felicitates parents of 18- day old Aparajita. On the right side is Dr Bharti Kashyap

The National Eye Donation Fortnight is observed every year from August 25 to September 8. The scene is no different this year when a campaign aiming to create public awareness about the importance of eye donation was carried across India.

In Ranchi, Jharkhand Governor Ramesh Bais took part in a glossy programme organised by a private group -Kashyap Memorial Eye Bank and sought to motivate people to pledge their eyes for donation after death.

“ Eighteen years ago, I had pledged my eyes on the occasion of Atal Behari Vajpayee Ji’s birthday. I am being informed that there has now been a drastic drop in the number of people volunteering to pledge their eyes. There are many misgivings in the minds of people regarding eye donation. We need to rise above all these petty misgivings. The medical fraternity and enlightened citizens have an important role to play in raising public awareness”, said the Governor.

Noteworthy was the presence of parents of 18- day old Baby Aparajita from Madhya Pradesh and relatives of one 103 years old person who had pledged their eyes. Governor Bais felicitated them.