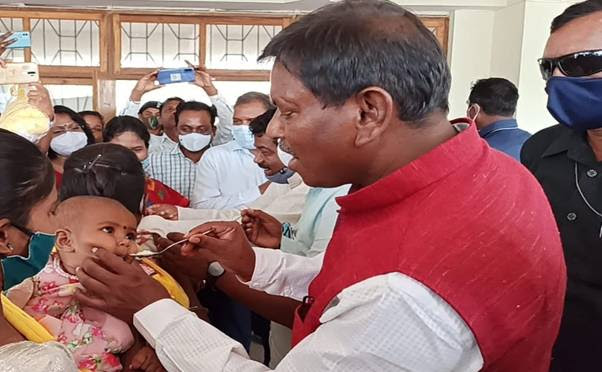 The health of tribal women is an important aspect of Poshan Maah and to bring focus to the nutrition of tribal women, Tribal Affairs Minister Sh. Arjun Munda met beneficiaries of Pradhan Mantri Matru Vandana Yojana and highlighted benefits of nutrition for pregnant and lactating mothers. 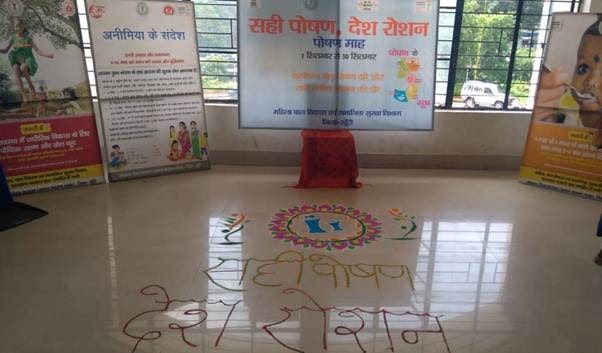 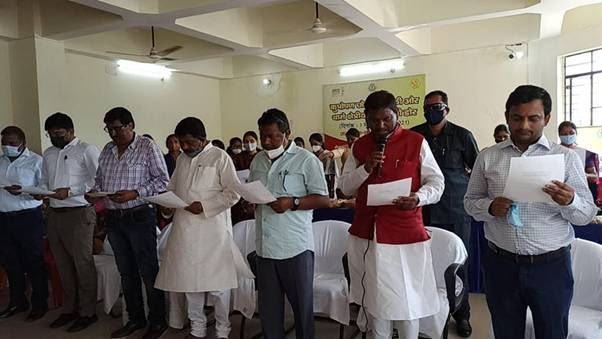 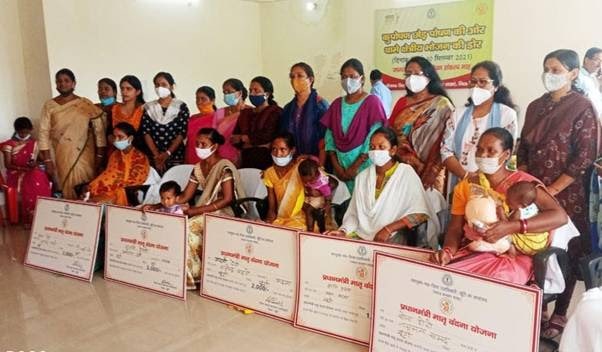 The children were weighed in advance by the volunteers and special counselling sessions were organised for mothers of mal-nourished children. Simultaneously, the applications of pregnant women was filled under the Pradhan Mantri Matru Vandana Yojana and applications also filled up under Kanya Utthan Yojana. 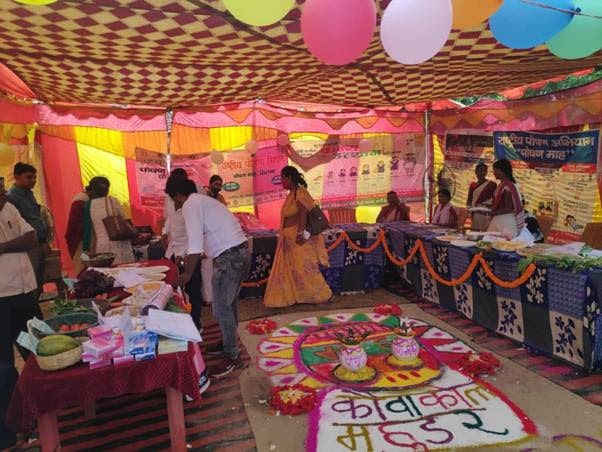 Nutritious cereals which are available at the regional level were also displayed at the camp.

Nutrition kits and sanitization kits were distributed to pregnant women. Mothers were told about the quality of 5 types of cereals which are available regionally.

Poshan Maah activities were also organized in Munda and Aggra Munda tribal dominated areas of Jharkhand. The locals were distributed fruits, vegetables , cereals and given the message of  a healthy living with a nutritious diet. 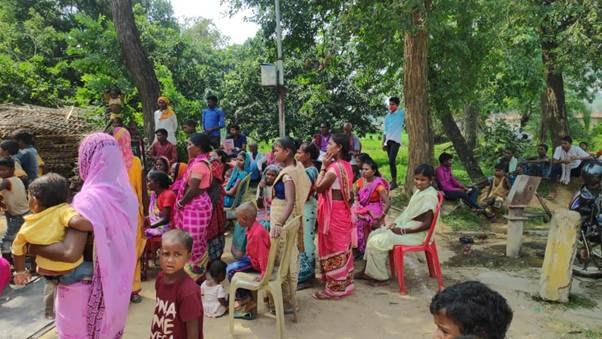 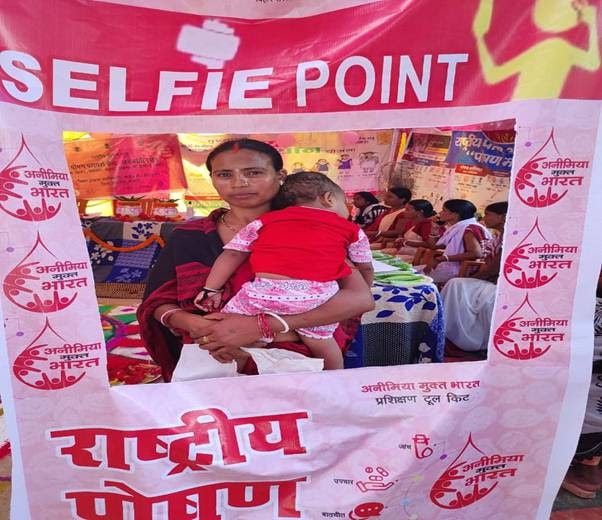 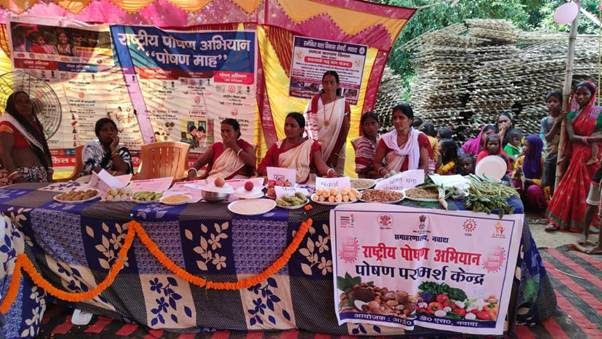 Fourth Poshan Maah as a sequel of previous Poshan Abhiyaan which started in 2018 is being celebrated in the month of September with Ministry of Women and Child Development as the nodal ministry. 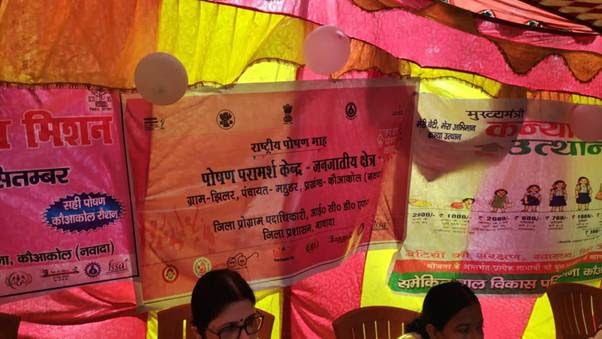 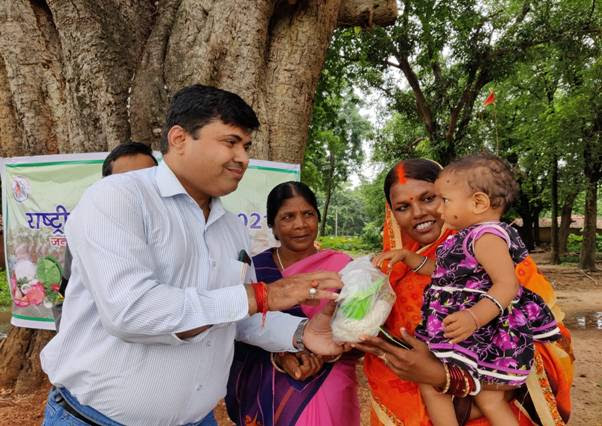 Given the importance of nutrition in mitigating anaemia, chronic nutrition deprivation in children which affects their survival, growth, learning, performance in school, productivity among Scheduled Tribes, Ministry of tribal affairs has planned to organise several activities and programmes at centre, state and local level. 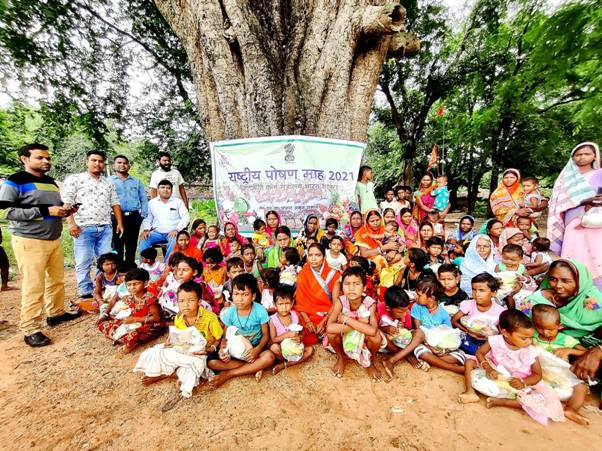 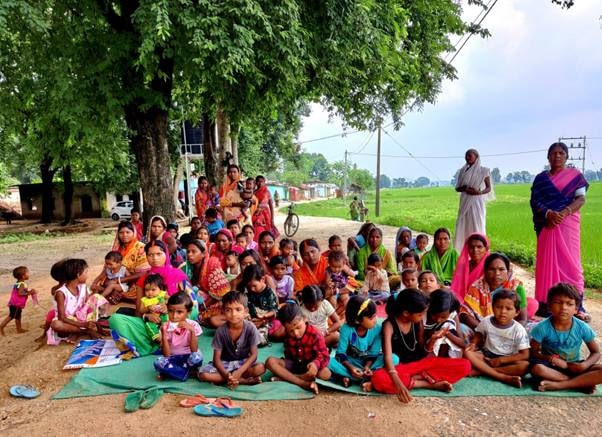 Following activities will be undertaken during the Poshan Maah by Ministry of Tribal Affairs, its organisations and various stakeholders:

Similarly, to reach the grass root level, activities will be undertaken with participation of the people at the state level.

The Poshan Abhiyaan activities are proposed to be stepped up by the Tribal Affairs Ministry by focussing on nutrition of children, making Eklavya Schools  hub of nutrition learning among tribal population, and educating women through tribal run NGOs.