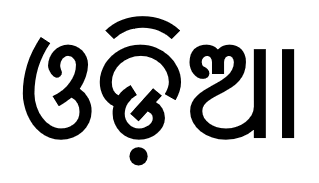 As per the advertisement published by the state government run Jharkhand Academic Council for the Primary Teachers’ Training, Odia language has been excluded from the 7th paper whereas languages like Sanskrit, Bengali, Urdu, Ho, Mundari, Santhali and Kudmali have been included.

Even Bhojpuri was removed from this list making Bihar Chief Minister Nitish Kumar to state that the people of these States have been “ friendly” for long.

Now,the exclusion of Odia language from the curriculum of Teachers’ Training course, meant for primary teachers, in Jharkhand has prompted Odisha School and Mass Education Minister, Samir Ranjan Dash to take up the issue with his counterpart in the neighbouring state.

In a letter despatched to the School Education Minister of Jharkhand, Jagarnath Mahto on Friday, Dash said, “The people of Jharkhand and Odisha have a longstanding homogenous cultural identity and heritage. The government of Jharkhand had rightly recognised the importance of this historical bond and accepted Odia as the second language of the State.”
The Odisha government is also funding nearly 160 teachers through Utkal Samilani to impart education in Odia in the Odia speaking tracts like Sadheikala, Kharasuan and Singh Bhoom. Apart from this, around 35 Odia schools are running in Jharkhand.

The Odisha School and MASS Education Minister has also urged the Jharkhand Minister to ‘Take appropriate action to restore and regain the trust and faith of Odia speaking people.’

“Hopefully, the action under your able leadership will prove that the policy of a welfare state not only shows a human face but palpably animates itself with the emotive rhythm of a human heart,” Dash said in the letter.