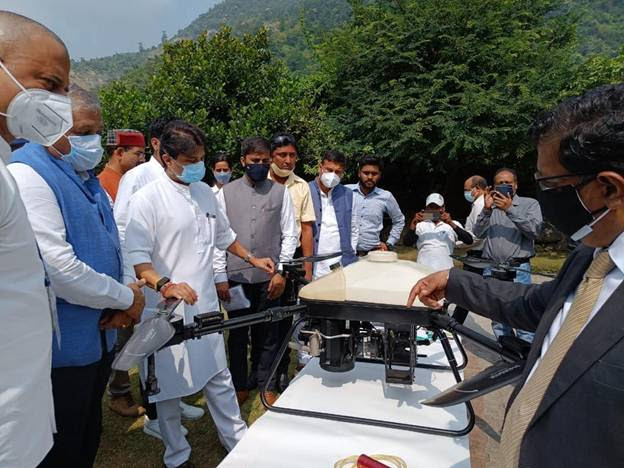 It’s called Doon Drone Mela 2021 in Dehradun, Uttarakhand. It was flagged off by Shri Jyotiraditya Scindia on Friday.
The event was marked with a paragliding demonstration and several also drone companies have put up shops, each exhibiting their prototypes at the Doon Drone Mela.

On the occasion, Shri Scindia said, “We recognise the immense opportunities which usage of drones bring in. The Government of India is working towards enabling the same with a liberalized drone policy and the launch of the Production Linked Incentive (PLI) Scheme. We insist that the Uttarakhand Government works towards developing Dehradun as an Aerosports and Drone Hub of India,” said Shri Jyotiraditya Scindia.”

Shri Amber Dubey, Joint Secretary, MoCA along with other senior officials of the MoCA were also present at the launch. Moreover, the other attendees of the program included students and personnel from the Local Police Force, State Disaster Response Force, Wildlife Institute of India, UPES - University of Petroleum and Energy Studies, IMS Unison University, Information Technology Development Agency, ITDA Dehradun, and various dignitaries from the Indian Drone Industry.