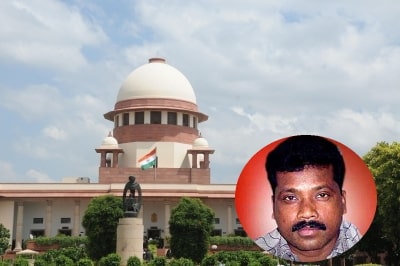 India’s top court has sought the Centre’s response on the bail plea of former Jharkhand minister Anosh Ekka who has been convicted and sentenced to seven years in jail in a money laundering case.

While Ekka is in Ranchi central jail, responding to his plea seeking bail, a bench of Justices Indira Banerjee and J.K. Maheshwari issued notices to the Union of India.

The bench has sought its response on the appeal filed by Ekka challenging the order of the Jharkhand High Court.
“Issue notice, returnable on November 8, 2021. The Respondent-State shall be served through the concerned standing counsel,” the bench said in its recent order.

Ekka, who is the former Jharkhand minister, has challenged the August 24, 2020 order of the high court, which had denied him bail saying it will not be prudent and desirable to give protection under Section 389 (seeking bail pending application for suspension of sentence) of the Code of Criminal Procedure where the accused is convicted for offence punishable under the Prevention of Corruption Act.

“In view of the serious charges against the appellants and the nature of evidence in the record, which this Court feels not proper to discuss in detail at this stage and as the appellants are not ready for hearing of these appeals though the same can be heard and disposed of finally as and when they get ready for the same, this Court is not inclined to admit the appellants to bail or to suspend their sentences,” the Jharkhand High Court had said.

A special Prevention of Money Laundering Act (PMLA) court in Ranchi had sentenced the former Jharkhand minister to seven-year imprisonment and slapped him with a fine of ₹2 crores in connection with a money laundering case.

Ekka was probed by the Enforcement Directorate (ED) in connection with the PMLA case against former Jharkhand chief minister Madhu Koda and others.

“The court convicted Anosh Ekka for being guilty of offences of money laundering to the tune of Rs 20,31,77,852 as defined under Section 3 of the PMLA and punishable under Section 4 of the PMLA,” the ED had said in a statement after his conviction.