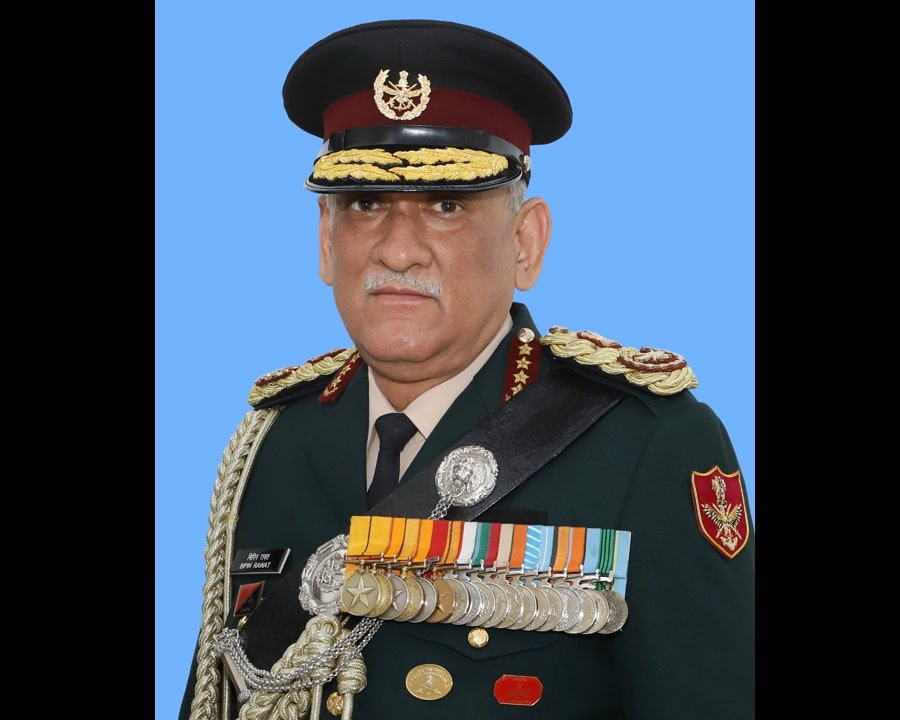 I appreciate the love and concern that is being shown for the loss of the brave men who died in the chopper crash in the Nilgiri hills, close to Wellington.

The CDS was to arrive with his wife, his team of officers and men to address the staff college course presently being conducted here at Wellington. The helicopter, the latest in India’s holdings, took off from SULUR airbase.

The CO of the squadron was flying the helicopter, with hundreds of hours of flying experience and a considerable amount of pre reconnaissance of the flight path. The weather at Wellington was clear. The helicopter has to gain immediate altitude and fly through a deep ravine, to clear the crest to land at the helipad at the Wellington golf club Coonoor.

While the crest was being approached there seems to have been fog which in this place is normal in this season, the fog rolls down the hills, that is from the top moves down. No one knows why the helicopter crashed. But let me assure you, there is no truth in all the stories of enemy actions as some jokers are claiming. Please let the airforce conduct its inquiry and analysis.

The commandant DSSC was waiting at the helipad, the communication was in place. When the helicopter did not reach at its designated time. It was learnt that one helicopter had crashed. This information was given to the police by some local civilians.

Immediately the commandant with all the equipment, security and the medical team, rushed to the site. The civilians were already in location. Trying to rescue people from a raging fire. The civilians showed no fear and were like superhumans. Each young boy gets into and trying to dowse the fire. Some even have minor burns. Carrying the injured uphill and through dense underbrush.

The ambulance drivers just swarmed in, some of them just hearing of the crash. Without being asked. The act of selflessness of the civilians of the NILGIRIS will always be saluted by all military men. You might not be in uniform, but the courage and fortitude on display was impeccable and stupendous.

Three soldiers were alive and rescued, two gave up their life after an hour. The brave men fought until the good Lord couldn’t bear their suffering anymore and called them to heaven. Group Captain Varun is still battling it out at Military Hospital Wellington. He needs all your prayers. All the bodies were bought to the hospital. An autopsy was conducted. Wellington the Defence services staff college and the Madras Regimental Centre paid their last tributes to the honourable and brave men today on 09 Dec 2021.

Due to bad weather, they couldn’t be flown by helicopter. They are being moved by road to Sulur, for their final journey to their loved ones. The CM Tamil Nadu and Governor Telangana paid homage. The commandant of the Defence Services Staff College addressed all officers and paid tribute. We prayed together, for the souls of those that left us and for strength to their families. We raised our voice to god unitedly for the survivor, who has two small kids. That god be kind and respect our faith.

The military is life, it isn’t a job. We are on parade 24 x 7. All activities were carried out as normal.

Brave men in uniform are the epitome of honour, discipline and valour. Gen Rawat was of indomitable spirit, sometimes a one-man army. He took decisions for the military that were reformative, futuristic and in the interest of the nation. The lady was always full of grace and charm.

Brigadier Tony Lidder was the epitome of charisma and soldiering, Lt Col Harjinder Singh a soldier and a gentleman. The pilots' thorough professionals and the Jawans were all brave men, who did their task with pride and honour. Let’s all not give way to speculation and a media that’s only creating unnecessary sensationalism. This is the truth, from ground zero.

(The writer is Brig Neil John, DSSC at Wellington)