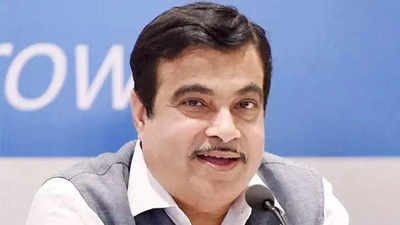 Union Minister for Road Transport and Highways Shri Nitin Gadkari has said in order to substitute India’s import of petroleum as a fuel and to provide direct benefits to farmers, the Automobile Manufacturers in India have now been advised to start manufacturing Flex Fuel Vehicles (FFV) and Flex Fuel Strong Hybrid Electric Vehicles (FFV-SHEV) complying with BS-6 Norms in a time bound manner within a period of six months.

In a series of Tweets he said that in line with Prime Minister’s vision of Aatmanirbhar Bharat and government’s policy on promoting ethanol as a transport fuel, Flex Fuel Vehicles are capable to run on a combination of 100% Petrol or 100% bio-ethanol and their blends, along with strong Hybrid Electric technology in case of FFV-SHEVs.

Shri Gadkari said this move will drastically reduce Greenhouse Gas emissions from vehicles on a Well-to-Wheel basis, helping India to comply with its commitment made at COP26 to reduce the total projected carbon emissions by One Billion Tonnes by 2030.

Government is enabling the use of various alternate fuels in an effort to shift from fossil fuels. In order to accelerate the introduction of Flex Fuel vehicles, the Production Linked Incentive (PLI) scheme has included automobile & auto components and auto components of flex fuel engines. NITI Aayog, after acknowledging the strong foundation for the Ethanol blending programme (EBP), has formulated the road map for Ethanol blending for the period, 2020-2025.

Further in line with Prime Minister’s initiatives of launching three E-100 ethanol dispensing stations at Pune on the occasion of World Environment Day, and MoPNG’s (Ministry of Petroleum and Natural Gas) regulation, which stipulates that in addition to conventional fuel, the authorised entities are required to install facility for marketing at least one new- generation alternate fuel viz, Compressed Natural Gas(CNG), Bio-fuels, Liquefied Natural Gas (LNG), Electric vehicle charging points etc., complying with various statutory guidelines, immediate steps need to be taken to introduce flex fuel engine vehicles. It is expected that higher percentages of ethanol will be blended in gasoline in the next five years, requiring availability of flex engine vehicles.