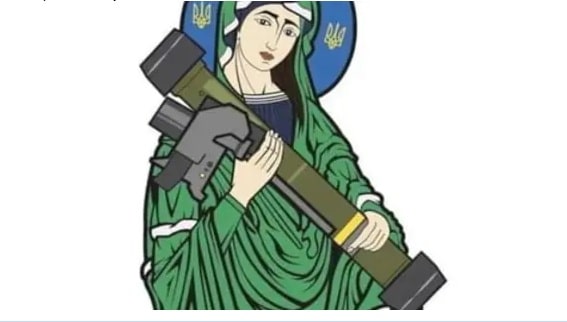 A woman holding a weapon like a gun in her hands has gone viral amid the ongoing war of Russia and Ukraine.

This photo of the woman saint who holds this weapon looks straight. The weapon is called Javelin. It is an anti-tank missile launcher.

Her photo has reportedly become a symbol of Ukraine’s resistance to the ongoing war.

This Javelin is designed by the US Defence firms in the late 1980s. It weighs about 50 pounds. “It can be fired from the soldier and does not need any Millie launcher.

According to reports, Ukraine Defence is largely depending on the Javelin to counter the all-out attack of the Russian troops.

Incidentally, according to Hindustan Times. Com, “Javelin is a shoot and scoot weapon, which means the soldiers can run after firing the shot.”