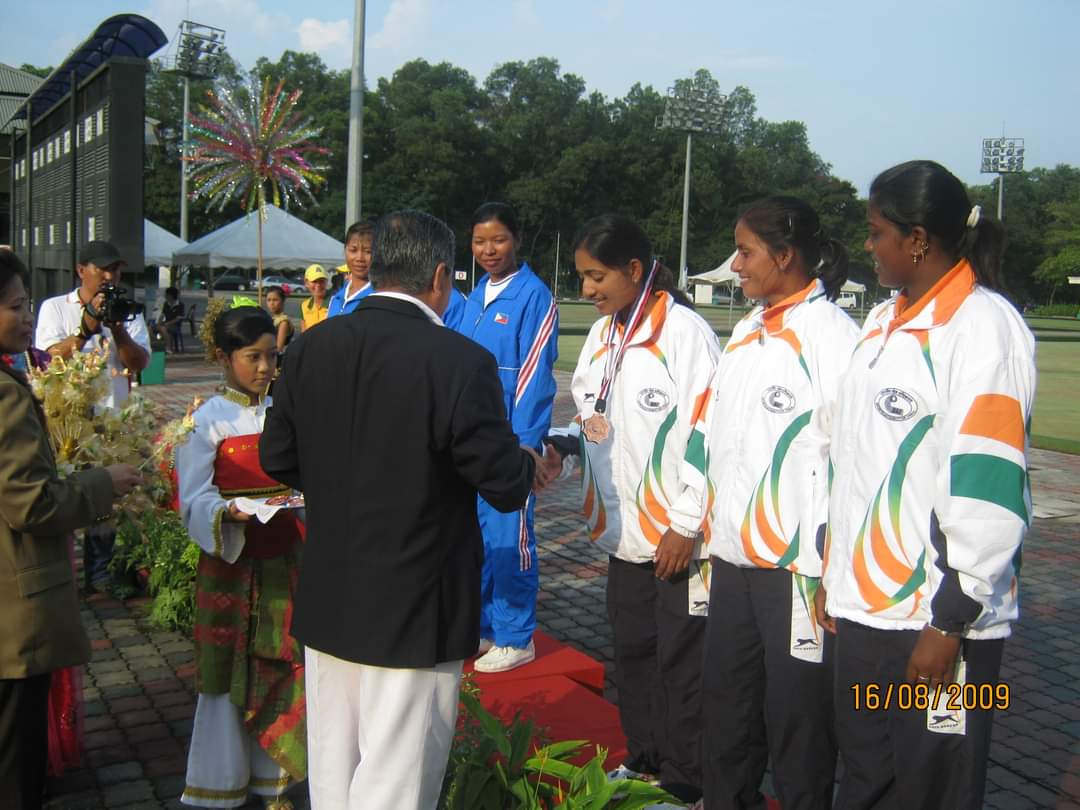 International Lawn Bowls player Manisha Kumari has said that Gold in the Women's four events of the Birmingham Commonwealth Games is a significant achievement in the history of Lawn Bowls for the last 16 years.

And for Indian Lawn Bowls, this medal was gained due to combined teamwork comprising all the players and officials associated with Lawn Bowls. This has made their dreams come true.

Jharkhand princess Manisha said that she was waiting for a Commonwealth medal for the last twelve years and “God helped me get gold.”

In the same year at the 8th Asian Lawn Bowls Championship, in Shenzhen (China), Manisha had played the most important role as the lead of the Indian team that won its first gold medal for the country.

Now she says that Birmingham's gold is very important but its foundation lay in Shenzhen and Kuala Lumpur.

Manisha said that the then Australian coach of the Indian lawn bowls team, Richard Gayle, also did not believe that the Indian team would win a medal before the match, but we won four international medals in both the tournaments with significant support from Farzana Khan, Roopa Rani Tirkey and Pinky, contributed to the win.

Manisha said that the way Nayanmani Saikia, Pinky and Lovely Choubey and Roopa Rani Tirkey of Jharkhand performed in Birmingham on the strength of team spirit, strong belief system, excellent technique and fighting spirit, they got the medal due to that.

Birmingham will always be remembered for breaking African dreams and winning gold, especially after winning 16-13 in the semi-final against New Zealand and scoring 17-10 against South Africa.

This achievement was also important because after participating in the Commonwealth Games for the fourth time after three consecutive failures, this medal was achieved and especially the experience of Indian player Roopa Rani Tirkey paid off.

Manisha expressed confidence that with the gold received in the Commonwealth, this core game of Commonwealth Games in India will get tremendous fame and there will be a long list of such medals in the future.