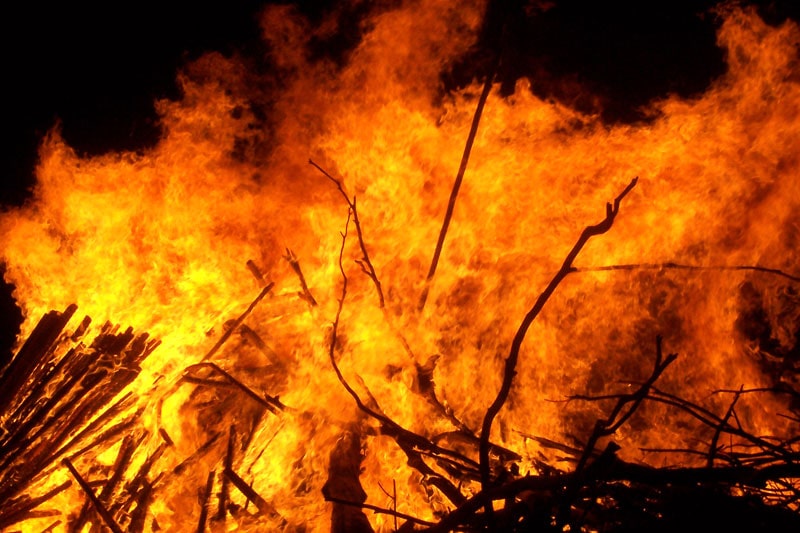 Three days after a fire incident caused damage to lakhs of rupees worth of toys, another blaze was recorded at the
Church complex in Ranchi, the capital city of Jharkhand.

The fire broke out at the motor parts accessories shop on the ground floor of the Church complex on Friday evening.

Four teams of firefighters doused the flames though lakhs worth of accessories of Maruti and other brand vehicles were reportedly burnt. However, no one was injured in the incident.

Chief Fire officer Ashok Singh said the fire broke out in the evening.” We received a call and one fire/ tender was rushed to the spot. In view of the area covered by the flame, we had to use four teams of firefighters who managed to douse the fire by late night on Friday,” he explained.

The Church complex, located on the land of Gossenor Evangelical Lutheran Church in Chotangpur(a division in Jharkhand) and Assam, a major Protestant denomination in India, and set up in 1988, has 131 stores and shops.

The beauty of this marketing complex lies not in its shops, but in its cleanliness, parking facilities and availability of various branded products and pure veg restaurant - Kaveri. And these all factors collectively make this a super shopping complex where scores of people visit every day.

Against this backdrop, the fire at the Motor shop was a cause of concern. More so because three days back, the toy shop located on its third floor was badly damaged.

Police were told by shop owners that the cause of the fire in both shops of motor parts and toys was a short circuit. The insurance companies were investigating the factors responsible for two separate cases of fire there.