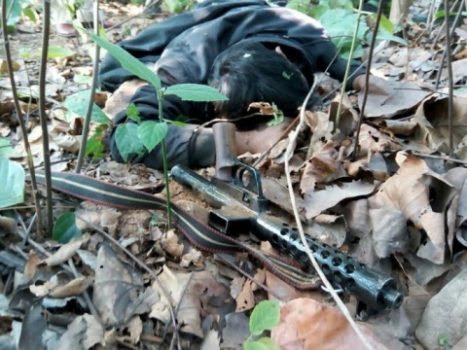 Picture shows the dead body of the PLFI ultra who is suspected to be one that of Mahadev Munda in Potto forest under Adki police station in Khunti on Friday.

Another battle between the security forces and the Maoists led to 60 rounds of firing in Potto forest under Adki police station in Khunti on Friday.Result?