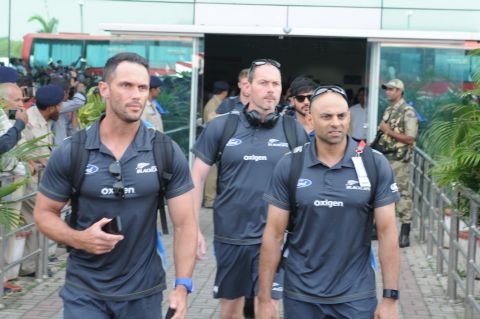 In fact,the five-ODI series is up for grabs at JSCA in Ranchi,MS Dhoni’s home town,where the 4th ODI is slated to be played.

This has given rise to a question-will it be a fitting result for Dhoni’s India in the city where he is loved more than anywhere?

Although the answer will be known on Wednesday,JSCA stadium,approved by the ICC in October 2012, has hosted three ODIs and one T20I.

The first international was played at JSCA in January 2013 when Dhoni’s team beat England by seven wickets.

The second ODI was a no-result later in October 2013, with rain ending the match with India 27/0 in 4.1 overs in pursuit of 296 against Australia.

The JSCA Stadium, with a capacity of 40,000, is slated to host its first Test match in March 2017, when India play Australia in the third of four matches.